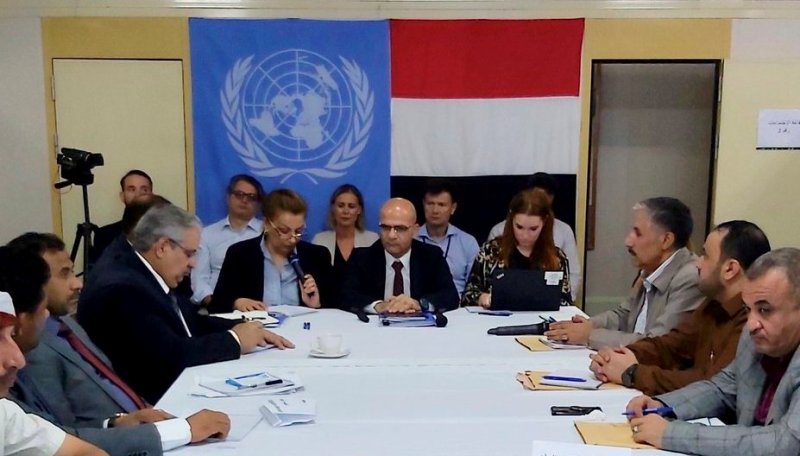 Negotiations between the Yemeni internationally-recognized government and Houthi group at the Hodeida Redeployment Coordination Committee (RCC) have been positive, RCC acting chairman has said, despite some field and political obstacles.

Yemeni parties have reacted positively with talks, although everything is politicized in all countries," General Hani Nakhlaadded, according to the Saudi Al-Arabiya.net.

The RCC's work is technical, and this facilitates interaction between its members, the Lebanese general said, noting that two sides had agreed to put the ceasefire and de-escalation into effect and to develop an implementing plan.

Both parties have good wills and enthusiasm, and these are encouraging factors, he added.

At its sixth meetingon a UN ship, chaired by GenNakhlaandattended by representatives of the two rivals, the RCC decidedMonday to deploy monitoring teams in four posts at Hodeida frontlines, as a first step to stabilize ceasefire and end suffering and casualties among civilians, according to the statement.

The RCC has activated de-escalation and truce mechanism agreed to at the RCC meeting last July, the RCC said in a closing declaration following Monday meeting.

A joint operation (JO) center has been established and operated, with liaison and coordination officers from both warring parties and from the UN included in the new center, the declaration added.

Stockholm Agreement will keep standing, Gen Nakhla assured, but talked about field, political and technical obstacles delaying some aspects of the deal.

Stockholm pact's political objectives in Hodeidahave been achieved, and efforts to achieve field objectives are underway, he claimed.

Asked about key obstacles, RCC acting chair said they are linked to political aspects that are sometimes difficult to cope with.

At its July meeting, the RCC finalized all issues pertaining its technical work and plans, he added, pending other issues out of its authority.

Application of the RCC work, particularly finalizing the redeployment, is associated to the achievement of other issues not under its authorities, he said, rejecting to give further details on these sensitive issues.

The RCC is determined to make sure of its steps, thoughslowly, and prefers to keep progress away from media.

Yemen 4.5-year war has triggered what the UN calls the world's worst humanitarian crisis, with most of the population in need for a type of humanitarian aid and immediate protection, including 14 million people risking famine and some 1.8 million children suffering malnutrition.