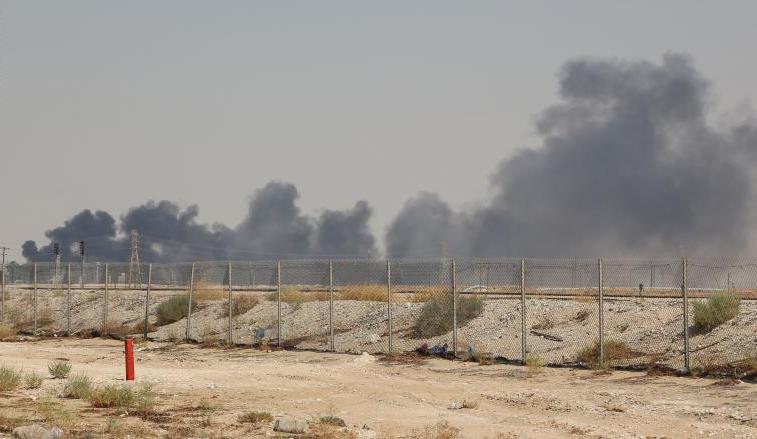 The US Energy Department said the US “stands ready to deploy resources from the Strategic Petroleum Oil Reserves if necessary to offset any disruptions to oil markets following drone attacks on oil facilities in Saudi Arabia.

In a statement on Saturday night, the department said Energy Secretary Rick Perry has also directed department leadership to work with the International Energy Agency on potential available options for collective global action if needed.

Riyadh announced on Saturday morning that an attack by drones caused two fires in two Aramco sites in Abqaiq province and Hijrat Khurais, stressing "control of the two fires and limit their spread."

The Houthi group (Ansar Allah) claimed responsibility for the attack, their third attack on Aramco's facilities in four months.

A spokesman for the Houthi forces, Brigadier General Yahya Sari, said in a TV statement broadcast by Houthi-run Al-Mariah that ten drones targeted the fields Abqaiq and Khurais in an operation he called the second "balance of deterrence" operation.

Saudi Energy Minister Prince Abdulaziz bin Salman admitted late on Saturday that the attacks on the Aramco facilities in Abqaiq and Khurais on Saturday resulted in a temporary shutdown of about 50 percent of the company's production.

In a statement broadcast by the official Saudi Press Agency (SPA), bin Salman said that Aramco will compensate part of the decline to its customers through stocks, explaining that the fires resulting from the attacks were controlled.

He pointed to that the explosions resulting from the attacks have stopped the production of associated gas amounting to about (2) billion cubic feet per day, used to produce 700,000 barrels of natural gas liquids, which will reduce the supply of ethane and natural gas liquids by up to about 50 percent.

Aramco Chief Executive Amin Al-Nasser said, "We are currently working on the recovery of production quantities, and will be updated on this within the next 48 hours."

Samir Madani, co-founder of the Tanker Trackers website, told AFP that "based on the size of the damage and any breakdowns, Aramco will resort to emergency plans by using its stock if necessary."