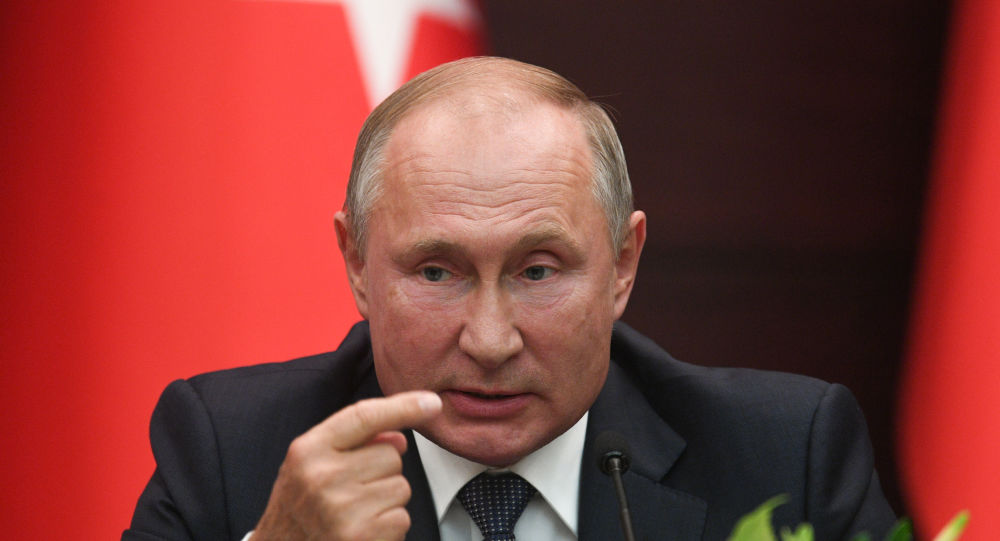 A solution must be found to cope with the crisis in Yemen, the Russian President said Monday, as the 4.5-year war has left the Arab country in tragic humanitarian conditions.
Yemen is living a real human catastrophe, for which parties need to find a solution, Vladimir Putin added at a press conference with the Turkish President Receb Tayyip Erdogan and the Iranian President Hassan Rouhani in Ankara.
I'd like to seize the opportunity of my presence in this Muslim country of Turkey and to allude to the Holly Quran that calls for unity and harmony, as Allah says: "Remember with gratitude Allah's favor on you; for ye were enemies and He joined your hearts in love, so that by His Grace ye became brethren," Putin cited.
Divisive issues need to be put on the margin, and cordial relations need to be given priority instead, he urged noting that the Holly Quran includes Verses that do not accept violence.
Yemen has been racked by a 4.5-year bloody conflict between the internationally-recognized Yemeni government's forces, backed by a Saudi-led coalition, and the Iranian-backed Houthi rebels who ousted the government in 2014.
The conflict has triggered what the UN calls the world's worst humanitarian crisis.
The Russian President suggested that Saudi Arabia purchases a defensive system from Moscow to guard its security, following Saturday attacks on two Saudi Aramco oil facilities, for which the Houthi group in Yemen claimed responsibility.
"We're ready to provide assistance necessary to protect Saudi Arabia, and Riyadh government can take wise decision in this regard," Putin said.
Iran has bought [from Russia] S-300 system and Turkey bought S-400 system, and Riyadh can take a similar step to protect its security. This system would safely guard Saudi infrastructure," he added.