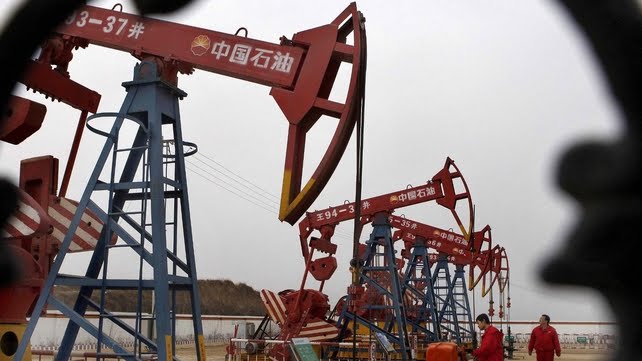 Oil prices fall on Monday as scant details on the first phase of a trade deal between the United States and China undercut last week’s optimism over the thaw that helped to lift crude markets by 2%.

Both contracts rose more than 3% last week, their first weekly gain in three.

“There is an argument that the oil market trading during U.S. hours on Friday have already had a chance to price (in) the news on the trade dispute and the better outlook for global demand,” said CMC Markets chief strategist Michael McCarthy.

“So traders are reluctant to push it further given those very strong gains.”

Most of the gains posted on Friday, however, had come after an Iranian oil tanker was attacked off Saudi Arabia’s coast in the Red Sea. Investigations are under way to determine if the tanker was hit by missiles, which could ratchet up tensions between Tehran and Riyadh if confirmed.

The emergence of a “phase 1” trade deal between the United States and China and a goodwill move by Washington to suspend threatened tariffs on Chinese products also helped to lifted global financial markets on Monday.

But investors remained cautious given that few details emerged from the talks.

“Traders view the deal in a tentative light ... This baby-step agreement could take weeks to iron out,” said Stephen Innes, Asia Pacific market strategist at AxiTrader in a note.

The trade war has pressure China’s trade, with its exports to the United States falling 10.7% from a year earlier in dollar terms over January-September, Chinese customs spokesman Li Kuiwen told reporters.

China’s imports from the United States on the other hand have fallen 26.4% in dollar terms during the first nine months.

China’s demand for oil remains strong, however, with its September imports reflecting a 10.8% rise from a year earlier as refiners ramped up output amid stable profit margins and solid fuel demand.