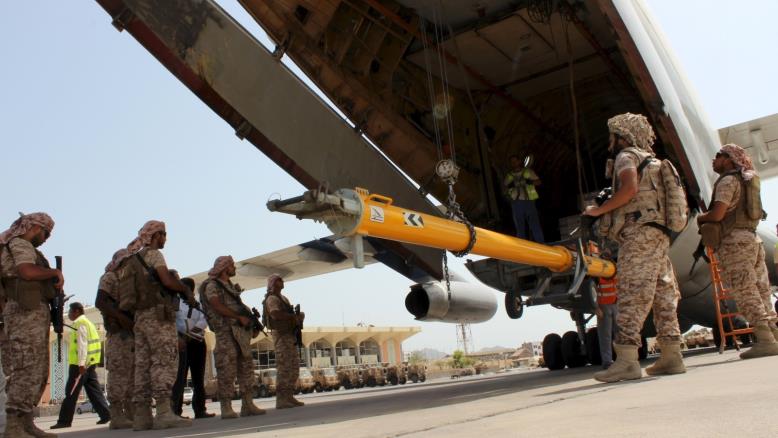 The Emirati forces have left the Yemeni southern port city of Aden and returned home, the United Arab Emirates said Wednesday, after control had been handed to the Saudi Arabia that has been leading a military coalition in Yemen.
"The handover of Aden to Saudi and Yemeni forces has responsibly taken place according to systematical military strategy, to insure the achieved accomplishments are maintained," the UAE armed forces said in a statement carried by WAM.
Last Sunday, the Arab coalition announced repositioning its troops in Aden, to be under Saudi command instead of the UAE forces, in redeployment "consistent to requirements of the ongoing operations."
The Emirati forces freed Aden city from Houthis and terrorist groups on 17 July 2015, after which the Saudi-led coalition operations launched to liberate many Yemeni areas from Houthis and prevent the Iranian infiltration aimed at controlling the Yemeni State, the statement claimed.
Having already pulled down its military presence in Yemen last June, the UAE will continue its war on "terrorist groups" in other Yemeni southern provinces, it added.
The Emirati forces, as part of the Arab coalition, will keep on "supporting the brothers in Yemen, serving the interests and welfare of Yemenis."
Earlier this October, the UAE forces commenced withdrawal from Aden, a move aimed at paving the way for a deal to end power conflict between the internationally-recognized government and the Emirati-backed separatist Southern Transitional Council (STC).
On 10 August, STC forces seized full control over Aden, seat of the official government, after 4-day fierce clashes with the official army that left 40 people killed and 260 others injured, according to UN release.
Under the Saudi-brokered pact, the official government would return to Aden, all military forces would be reorganized under the defense and interior ministries, and a technocrat political government would be formed in participation of STC.
Separately, head of the Sudanese Sovereignty Council said 10,000 of his troops had returned home from Yemen, after their term of work ended, according to Sudanese reports.
At a meeting Tuesday, Mohamed Hmdan Deglo told representatives from Sovereignty Council, cabinet and Freedom and Change Forces about the withdrawal of 10,000 troops, the Sudanese Al-Taiar opposition paper said.
The gradual withdrawal has begun, and no substitute troops will be sent to Yemen, he added.