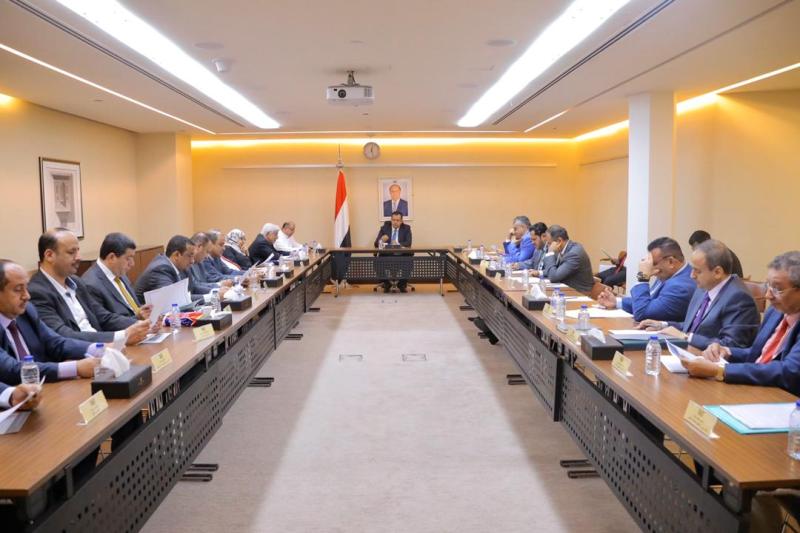 The Riyadh Agreement between the Yemeni internationally-recognized government and he UAE-backed Southern Transitional Council (STC) will lay foundation stone for a new stage in which the State and it institutions would be in place and the military and security decision would be united under the government's authority, the Yemeni Premier said Monday.

The pact will "positively affect normalizing the situations in liberated areas and accelerating liberation of other areas held by the Iranian-backed Houthi militias," Maeen Abdulmalek added at extraordinary meeting of his cabinet in Riyadh.

The Yemeni government welcomed the Riyadh Agreement and Saudi efforts to contain events recently seen by Aden, according to the Riyadh-based Saba.

The pact is expected to "commence a new book towards finalizing the restoration of the State, ending the Houthi coup, and aborting the Iranian project in Yemen," it added.

"The nation is fed up with infightings, and it today most needs hope that .. end of the Houthi coup's nightmare is approaching."

The government called on "all parties and political and social entities to change actions and ways in compliance with urgent priorities of the nation and Yemeni people in this critical stage of their history, and to quit focusing on self-interests."

The Kingdom has been sponsoring talks between fellow rivals to craft a power-sharing deal and settle a crisis sparked following the STC seizure of Aden, seat of the internationally-recognized government, on 10 August.