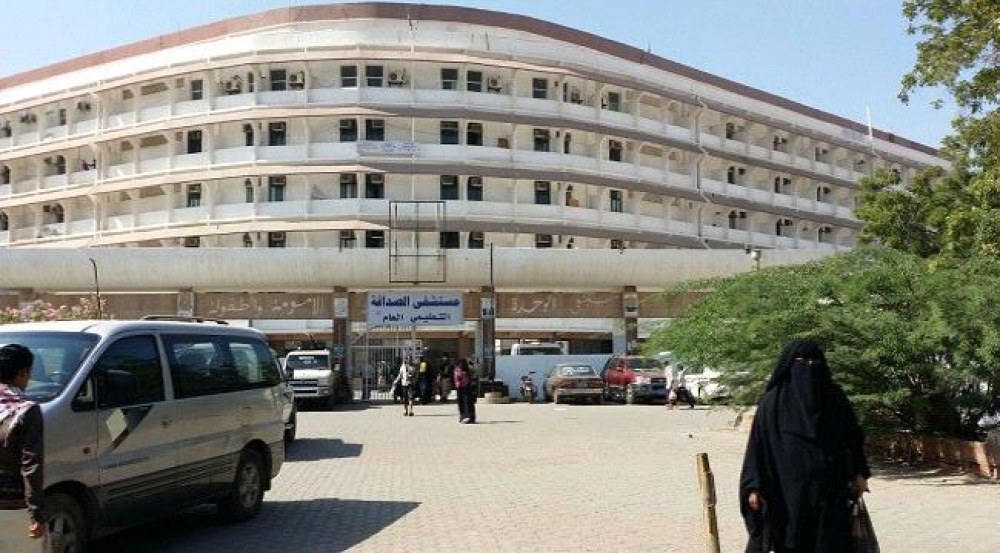 As most countries of the world live on high alert to face the Coronavirus, Yemen appears outside the global swarm, as if it is immune from this virus, which the World Health Organization announced on Monday that it will turn into a pandemic that may hit the entire world.

On Monday, the Yemeni government announced the cancellation of the allocation of medical quarantines in the interim capital of Aden, although it is the only major outlet for Yemen and Yemenis.

The health office in Aden said in a statement that he "decided to cancel work to find rooms to isolate the injured in the Friendship Hospital in Aden."

The Health Office statement indicated that "the cancellation decision came after the rejection of people, as well as an objection from the staff of the Al-Sadaqa Hospital, which reached the point of threatening to kill the director of health."

Local sources confirmed to "Debriefer" that the residents of the neighborhoods of the Friendship Hospital in Aden had vowed to the director of the health office in the governorate and the hospital administration to kill if they carried out a quarantine inside it.

Yemeni activists on social media showed that the Yemeni government surrendered to the threats and promises of residents living around the Al-Sadaqa Hospital, and that it was not in a hurry to take alternative decisions.

And Yemeni medical sources have said that about 100 Yemeni travelers from China entered the airport in Aden, with the beginning of the outbreak of the Coronavirus, but there are widespread criticisms of the Yemeni government’s disregard of the virus and the lack of precautionary measures to prevent its arrival in Yemen, which is already afflicted by many deadly epidemics such as cholera, bird flu and swine and malaria.

The coalition countries - especially the leading Saudi Arabia, and the main member Emirates, which actually control the southern Yemeni governorates - do not seem indifferent to the health conditions of these governorates, as they are preoccupied with their precautionary measures to prevent the virus from entering its territory, despite the recent disclosure of cases.

In a related context, World Health Organisation called on Monday evening, all countries of the world to prepare for a possible pandemic with the increase in the number of new deaths and infections with the Corona virus, and in the Middle East, Europe and Asia.

It is noteworthy that the number of deaths continues to rise in China, the first country in which Corona appears at the end of last year, and health authorities recorded 150 deaths during the night before, bringing the total of dead more than 2,600 people.

As the organization points to a slowdown in new infections in China, the virus began to spread in other parts of the world, where it appeared last week in Iran, South Korea and Italy, which is accelerating infection rates, and deaths were recorded in the three countries.

And on Monday, the countries of Bahrain, Iraq, Kuwait, the Sultanate of Oman and Afghanistan announced that they had recorded Coronavirus infections in their territories.

The pandemic is defined as the spread of the epidemic in many countries or continents, and its impact on a large number of people, while the epidemic is the sudden increase in the number of cases of the disease unexpectedly among the residents of a region, according to the medical website "Health". 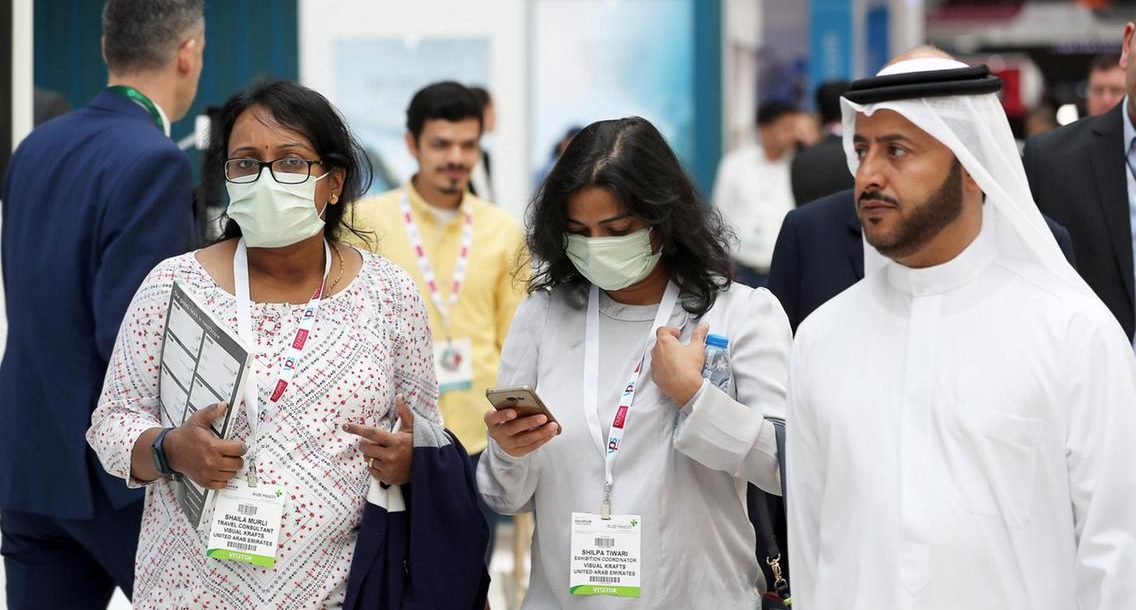 Horror from "Corona" has reached the Arab Gulf region, and its countries have announced precautionary measures to prevent the virus from entering it.

On Monday, the UAE announced that its citizens will be banned from traveling to Iran and Thailand, in order to counter the spread of the new Coronavirus.

The UAE Ministry of Foreign Affairs stated that "in light of the country's efforts to confront the spread of the new pneumonia virus Corona in a number of countries, and in the interest of the Ministry of Foreign Affairs and International Cooperation for the safety and health of citizens, it was decided to prevent the travel of citizens of the country to both the Republic of Iran and the Kingdom of Thailand at the present time until further notice ".

In Kuwait, the Ports Corporation announced that ships from Iraq of all kinds are prohibited from entering the ports of Shuaiba, Shuwaikh and Doha, until further notice, as part of efforts to combat the Corona virus The decision comes in conjunction with the plan set by the government to take all necessary measures and measures to combat the virus.

On Sunday, the Corporation announced that ships from the Republic of Iran should not enter its ports until further notice, after cases of deaths and deaths from the Coronavirus emerging in Iran were recorded.

The Kuwaiti Ministry of Trade and Industry also banned the export of disinfectants and medical gloves of all kinds and supplies for testing the Corona virus, after confirming that 3 people were infected with the virus in the country.

As the Iraqi Ministry of Health, it confirmed the registration of the first infection with the Coronavirus, which belongs to an Iranian student, in the Iraqi province of Najaf.

This comes after the Omani authorities revealed earlier today, Monday, the registration of the first two cases of infection with the new Corona virus for two Omani citizens who had recently submitted from Iran .. And advised the ministry to "avoid travel to the countries where the cases of infection were recorded except for the most necessary." 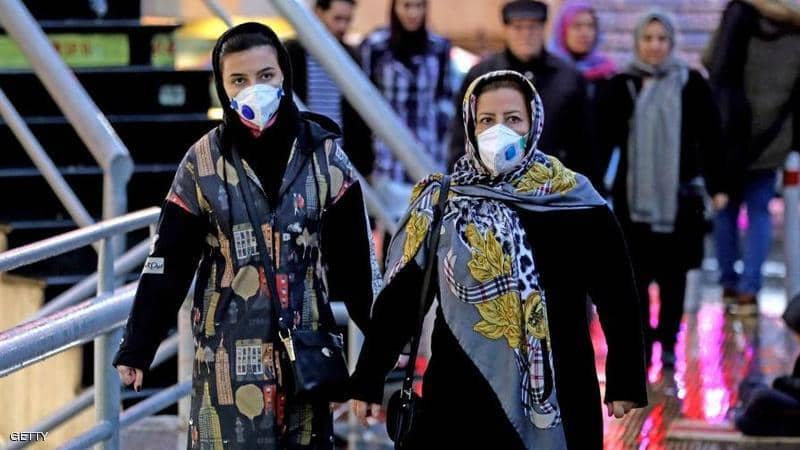 In Iran, the head of the Information Center at the Ministry of Health said that the number of confirmed cases of coronavirus in Iran has risen to 64, while 4 new people have died, bringing the number of deaths from this virus to 12

Neighboring countries including Pakistan, Afghanistan, Turkey, Kuwait, and Iraq have closed their borders with Iran, a measure that Iranian Foreign Ministry spokesman Abbas Mousavi described as a temporary preventive measure.

Iranian Foreign Ministry spokesman Abbas Mousavi noted that the closure of some neighboring countries' borders with his country is a temporary preventive measure following the spread of the Corunavirus.

"When our country was not endemic with this virus, we were concerned with it, and after the virus entered the country, the neighboring countries had concerns, and this is a natural issue, but this should not prevent relations between the two peoples or even exports and imports between countries," Mousavi said.

The number of people infected with Coronavirus around the world reached nearly 79 thousand people, of whom 2,600 died, while 25,000 have so far recovered, according to the World Health Organization.