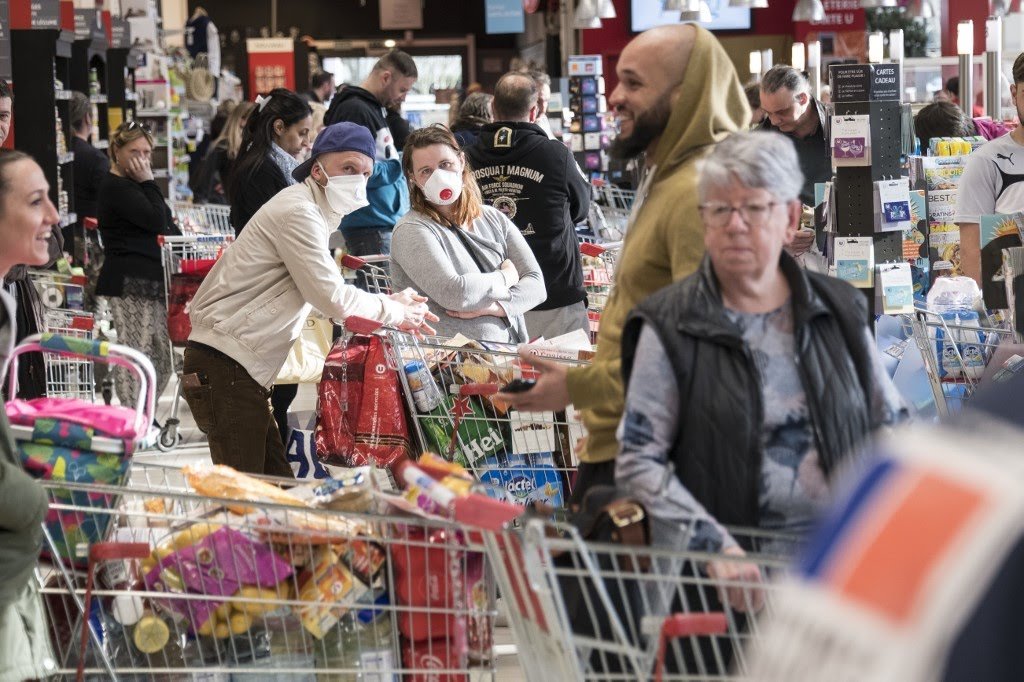 A senior economist at FAO and agricultural analysts said that Lockdowns and panic food buying due to the coronavirus pandemic could ignite world food inflation even though there are ample supplies of staple grains and oilseeds in key exporting nations, Reuters reported.

The world’s richest nations poured unprecedented aid into the global economy as coronavirus cases ballooned across Europe and the United States, with the number of deaths in Italy outstripping those in mainland China, where the virus originated.

With over 270,000 infections and more than 11,000 deaths, the epidemic has stunned the world and drawn comparisons with periods such as World War Two and the 1918 Spanish flu pandemic.

“All you need is panic buying from big importers such as millers or governments to create a crisis,” said Abdolreza Abbassian, chief economist at the United Nations’ Food and Agriculture Organization (FAO).

“It is not a supply issue, but it is a behavioral change over food security,” he told Reuters by phone from Rome, the FAO headquarters. “What if bulk buyers think they can’t get wheat or rice shipments in May or June? That is what could lead to a global food supply crisis.”

Consumers across the world from Singapore to the United States have queued at super markets in recent weeks to stock up on items ranging from rice and hand sanitizers to toilet paper.

The global benchmark Chicago wheat futures rose more than 6% this week, the biggest weekly gain in nine months, while rice prices in Thailand, the world’s 2nd largest exporter of the grain, have climbed to the highest since August 2013.

France’s grain industry is scrambling to find enough trucks and staff to keep factories and ports running as the panic buying of pasta and flour coincides with a surge in wheat exports.

Restrictions imposed by some European Union countries at their borders with other member states in response to the pandemic are also disrupting food supplies, representatives of the industry and farmers said.

However, global wheat stocks at the end of the crop marketing year in June are projected to rise to 287.14 million tonnes, up from 277.57 million tonnes a year ago, according to the U.S. Department of Agriculture (USDA) estimates.