Yemen asks Kuwait to write off its debts 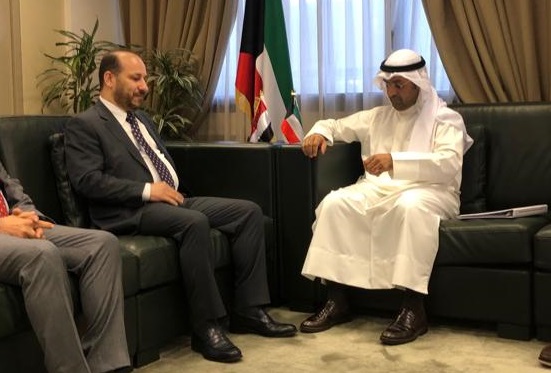 The internationally recognized government of Yemen asked on Monday Kuwait to cancel the impoverished country's debt to the rich Gulf state.

Yemeni minister of planning discussed in Kuwait with the Kuwaiti minister of finance, Dr. Nief al-Hajraf, possibility to write off the US$50-million debt payable since the 1970s, the Aden-based Saba News Agency reported.

Dr. Najeeb al-Aoij also called on Kuwait to shoulder Yemeni liability for repaying the US$200-million debt to the Arab Fund for Development, applauding the Kuwaiti support for Yemen.

At the donor conference in Geneva last February, Kuwait pledged 250 million dollars in aid for Yemen.

Minister Hajraf said Kuwaiti government is determined to keep assisting and enhancing development in Yemen, according to Saba.

Yemen, the poorest Arabian Peninsula country, has been racked by an armed conflict that broke out after the Iranian-backed Houthis had ousted the internationally recognized government late in 2014, leaving tens of thousands killed, hundreds of thousands injured, and 3 million displaced.

The conflict escalated after a Saudi-led coalition, in which Kuwait is a partner, intervened militarily in the country in March 2015 to reinstate the government of President Hadi.

The war has pushed the country to the world's worst humanitarian crisis, according to the UN, with most of the population in need for a type of humanitarian aid and immediate protection, including 8.4 million people unsure how to get next meal, and some 2 million children suffering severe shortage of nutrition.