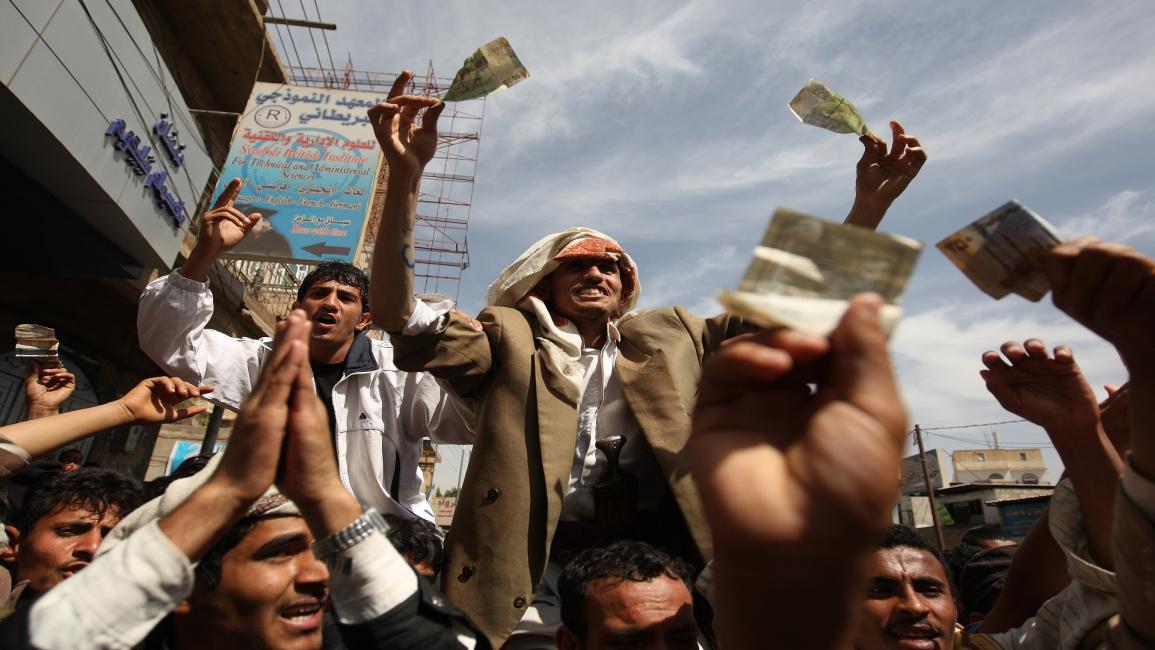 Taiz (Debriefer) - Tens of Yemeni protesters in Taiz on Saturday blamed the Saudi-led Arab coalition for the national currency's collapse, ports' inactivity, seizure of government's decision and preventing it from exporting oil and gas.

In their rally downtown the southwestern city of Taiz, campaigners raised signs reading 'The currency's collapsed value is another killer', 'Hindering the Riyadh Agreement, preventing the government's return and looting the Central Bank's resources are direct causes for deteriorated economy'.

The also wrote, in other boards, that the national economy is victim of the coups by the Houthi militias and the Southern Transitional Council, the government failure, and the coalition collusion.

The Yemeni rial has recently depreciated at exchange markets, recording its lowest value against foreign moneys, according to banking sources.

The rial declined to 804 for one US dollar in government-held areas – 605 for one dollar in Houthi-held areas – triggering a hike in goods prices, foods in particular.

Yemen has been beset by an armed conflict that broke out after the Iranian-backed Houthis had ousted the internationally-recognized government late in 2014.

The conflict has caused what the UN calls the world's worst humanitarian crisis, with most of the population in need for a type of humanitarian aid and immediate protection.