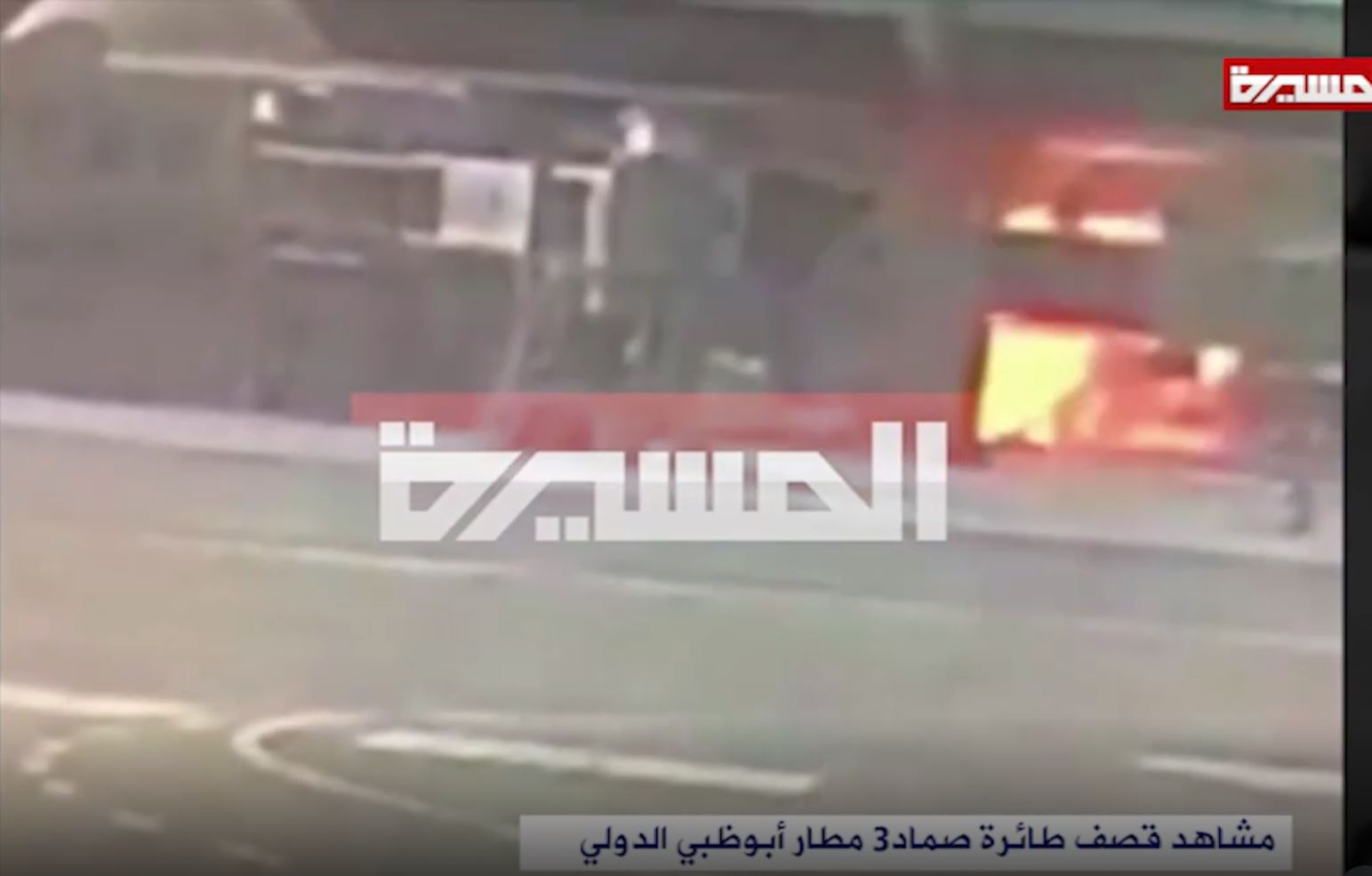 The British intelligence has provided the third party with the footage that it had obtained from Emirati authorities as part of intelligence cooperation, the sources added asking anonymity for security reasons.

"The third party has then given the Houthis the video," said the sources noting that party "is a country in the region," without naming it or giving further details.

The sources confirmed that the attack had been filmed by scrutiny cameras based inside Abu Dhabi airport.

On Thursday, the Houthi-run al-Masyrah TV aired a footage, which it said showed for the first time a drone attack carried out by the group on Abu Dhabi airport on 26 July, 2018.

The 84-second footage films an unmanned aerial vehicle as hovering over "Abu Dhabi airport," and then swiftly landing and exploding at a truck parking in the airport yard.

"The Sammad3 UAV caused damages on the traveler building (1)," said the channel, hailing the video as a security infiltration, as well as the Houthi military gain.

No immediate comment has be issued by the UEA on the Houthi video.

On 26 July last year, Houthi said they hit the Emirati airport, whose authorities claimed then that a vehicle caused an incident in the facility yard.

Less than one month after the event, Houthi spokesman said the attack had left 14 people injured and damages inside the airport, before Minister Gargash denied.

The United Arab Emirates is a key partner in the Saudi-led Arab coalition supporting legitimacy in Yemenand intervened militarily in the country in March 2015to reinstall Hadi.

Houthi leader has repeatedly threatened to attack strategic targets in the UAE, which he said was no longer safe.