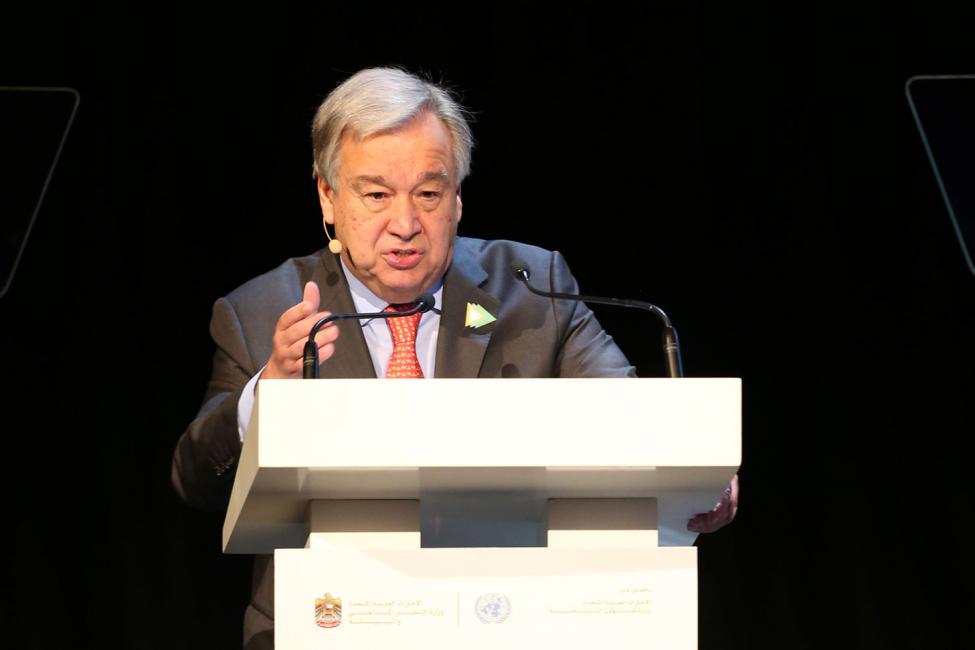 UN Secretary-General Antonio Guterres said Sunday that the world is facing a "grave" emergency in the form of climate change.

Guterres delivered a speech during a climate meeting in Abu Dhabi on Sunday where he called on all participants to "seize this opportunity" to take bold action against climate change and its causes.

"Climate disruption is happening now and it is happening to all of us," he said. "It is progressing even faster than the world's top scientists have predicted."

Guterres cited a report last week that glacial melt rates in the Himalayas have doubled since 2000 and that Arctic permafrost is melting at a rate decades faster than what was previously assumed to be the worst case scenario.

"It is plain to me that we have no time to lose," he said. "Sadly, it is not yet plain to all the decision makers that run our world."

He added that many countries have failed to achieve keep pace on promises made under the Paris Agreement.

Guterres said all of these were examples of reasons why he chose to hold a Climate Action Summit in September.

"The Climate Action Summit is an opportunity for political business and civil society leaders to set an example and here in Abu Dhabi, we are pointing the right direction," he said. "Our summit must be open, inclusive and honest and the work we take forward must be effective, just and fair - for those on the frontlines of the crisis today and especially for the generations to come."

The United States is only opponent to the Paris climate agreement among the G-20 leaders. An "agree to disagree" compromise allowed leaders Saturday in Japan to put forward a declaration to commit to fight climate change. The leaders used a similar compromise framework in previous G20s since President Donald Trump was elected.