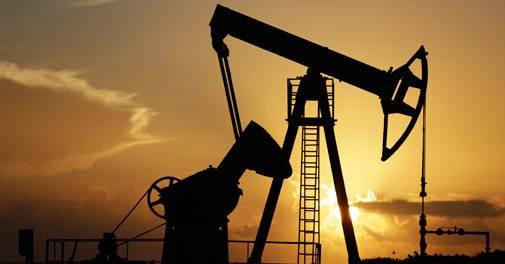 Supplies from the cartel’s 14 members plunged by 1.59 million barrels a day to 28.32 million a day, according to a Bloomberg survey of officials, ship-tracking data and estimates from consultants including Rystad Energy AS, JBC Energy GmbH and Energy Aspects Ltd. It’s the biggest monthly drop since labour strikes briefly paralysed Venezuela’s oil industry in 2002.

Saudi production tumbled by 1.47 million barrels a day to 8.36 million, the steepest monthly decline recorded by Bloomberg data, after the Abqaiq processing plant and Khurais oilfield were targeted by missiles and drones on Sept. 14. Yemen’s Houthi rebels claimed responsibility for the strike, which the U.S. government blamed on Iran. Tehran has denied involvement.

Saudi Aramco has made surprisingly swift progress in repairing the damaged infrastructure, and says it’s now fully attained pre-attack levels. Oil prices, having surged the most on record immediately after the attack, have relinquished the gains to trade close to $60 a barrel again in London.

The kingdom restored output to 9.9 million barrels a day as of Sept. 25 and is now pumping slightly more than that, according to Ibrahim Al-Buainain, chief executive of Aramco’s trading unit.

The organisation is made up of 14 oil producers from the Middle East, Africa and Latin America who collectively pump about a third of the world’s crude, and periodically raise or cut production to keep markets in equilibrium and defend oil prices. For the past three years it’s been assisted by an array of non-members led by Russia.

Before the strikes on its facilities, Saudi Arabia was leading the cartel in deliberate production cutbacks aimed at preventing a glut forming amid faltering demand growth and surging U.S. shale-oil output. The kingdom’s unintended losses will almost certainly tighten global markets further, at least in the short term.

Just days before the attack, OPEC and its allies had gathered in Abu Dhabi, where the countries lagging in their delivery of agreed cutbacks — Iraq and Nigeria — promised to finally implement them. The survey showed that while Nigeria made some effort, Iraq did not.

If it hadn’t been for the crisis in the Gulf, attention this month would likely have focused on Venezuela, where U.S. sanctions and an ongoing economic recession triggered a renewed collapse in production.

Venezuela’s output fell by 80,000 barrels a day to 680,000 a day, approaching the levels seen during national upheaval more than 16 years ago — the last time OPEC’s overall production was so diminished.