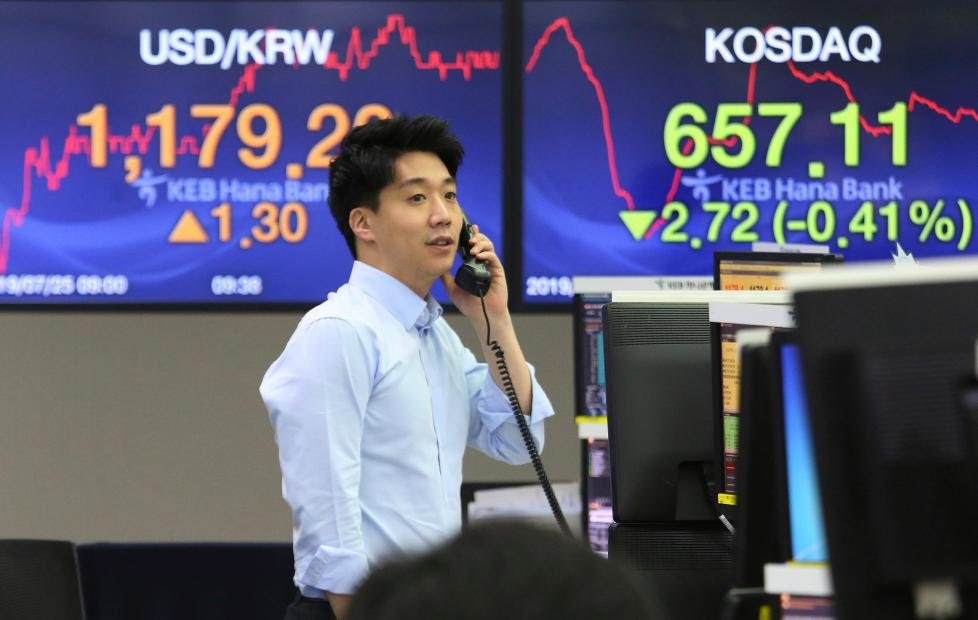 Asian shares fell on Friday in a weak start to the month and off three-month highs struck this week on fresh concerns over Sino-U.S. trade prospects and ahead of U.S. economic data, while the dollar eased against major rivals.

The latest blow to hopes that the world’s two largest economies will reach a deal to end their bruising nearly 16-month trade war comes despite comments from Trump on Thursday that the countries would soon announce a new site for the signing of a “Phase One” trade deal after Chile canceled a planned summit set for mid-November.

MSCI’s broadest index of Asia-Pacific shares outside Japan was down 0.09% on the day, and about 0.5% lower than three-month highs touched Thursday.

The losses in Asia mirrored falls in global stock markets on Thursday, as MSCI’s gauge of equity performance in 47 countries fell from 20-month highs. The index continued to ease on Friday, trimming 0.07%.

News of China’s doubts over a trade deal was “not entirely unexpected”, Greg McKenna, strategist at McKenna Macro, said in a morning note to clients, noting that the falls in equity markets were relatively small.

Retreats in the S&P 500 and the U.S. 10-year Treasury yield indicated some technical resistance in the market, he said.

“Either way, today’s deluge of manufacturing PMI’s and then U.S. non-farm (payrolls) tonight will be an important factor in where markets head next,” McKenna said.

The Institute for Supply Management is due to release data from its survey of purchasing managers on Friday. A separate PMI survey released Thursday by the Chicago Fed showed a sharper contraction in midwestern manufacturing activity for October.

The Fed cut interest rates for a third time this year on Wednesday to help sustain U.S. growth, but signaled there would be no further reductions unless the economy takes a turn for the worse.