After 18 months in charge, Unai Emery has been sacked as Arsenal manager 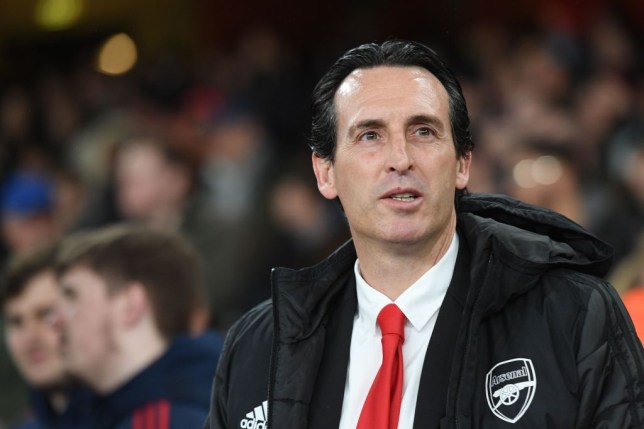 The Spaniard, who previously led Paris St-Germain to the French league title and won three Europa Leagues with Sevilla, was appointed Gunners boss in May 2018, succeeding Arsene Wenger.

He has been replaced on a temporary basis by assistant and former Arsenal midfielder Freddie Ljungberg.

Arsenal said the decision had been "taken due to results and performances not being at the level required".

The Gunners have not won in seven games and lost 2-1 at home to Eintracht Frankfurt in the Europa League on Thursday.

It is their worst competitive run without a victory since February 1992, which was eight games under George Graham.

They are without a Premier League victory since 6 October and eight points off the top four.

Ljungberg took training on Friday and the Arsenal statement added: "We have full confidence in Freddie to take us forward.

"The search for a new head coach is under way and we will make a further announcement when that process is complete."

The Arsenal Supporters' Trust (AST) said Emery's dismissal was "unfortunate but inevitable" and the "more difficult challenge is to recruit a suitable successor".

It added: "We are far from certain that Arsenal has the right personnel to lead this process.

"The AST has long been advocating that the most important changes needed at Arsenal are in the boardroom where Arsenal need better governance."

They went into this season having spent more than £130m in the summer after signing winger Nicolas Pepe, centre-back David Luiz, left-back Kieran Tierney, striker Gabriel Martinelli and defender William Saliba, who will join next summer.

The club also brought in midfielder Dani Ceballos on loan from Real Madrid.

They started this season with back-to-back victories against Newcastle and Burnley, but that run ended with defeat by Liverpool, before draws with north London rivals Tottenham and Watford followed.

Their last Premier League victory was a 1-0 win over Bournemouth.

On Saturday, they battled to a 2-2 draw - their sixth of the season - at home to Southampton, with Alexandre Lacazette scoring an injury-time equaliser.

Emery is the third managerial dismissal in the English top flight this season, after Javi Gracia and Mauricio Pochettino departed Watford and Tottenham respectively.

Arsenal's last victory came against Vitoria Guimaraes in the Europa League on 24 October, in which they needed two late Nicolas Pepe free-kicks to secure a 3-2 win.