Bahrain-McLaren: I think from outset we are capable of taking on Ineos 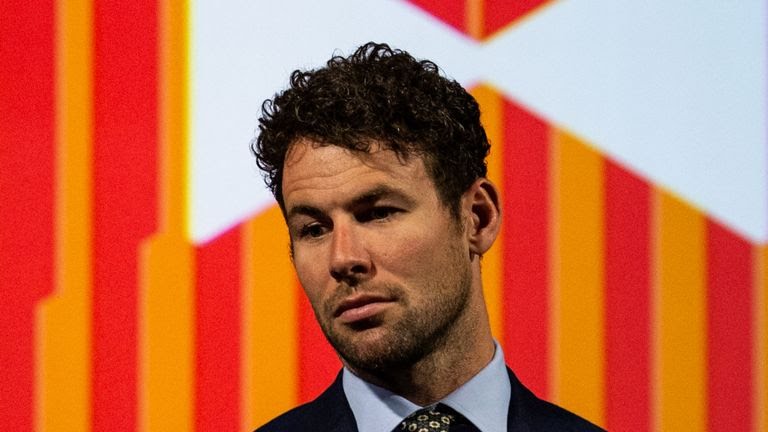 Reuters news agency reported that the Chequered flags have always been the driving force for McLaren but the iconic British motorsport brand will be focussing its considerable power on chasing yellow jerseys next year too.

“As a brand we don’t pick fights very often but when we do we pick them with the intention to win,” John Allert, McLaren’s Chief Marketing Officer, said at the glitzy launch of the Bahrain-McLaren UCI WorldTour team on Monday.

It was a bold statement but with McLaren’s vast technological resources, Middle Eastern backing and a formidable-looking roster for 2020, the team looks well-equipped to shake up the peloton.

Team principal Rod Ellingworth, formerly with British Cycling and Team Sky, says Bahrain-McLaren has been formed to win Grand Tour titles and predicts they can take on his dominant former outfit now known as Team Ineos.

“I was walking around here and thinking bloody hell, this is pretty special,” Ellingworth, who will now be a rival of his former Team Sky boss Dave Brailsford, said at McLaren’s vast Technology Center, which will be the team’s performance HQ.

“I think from the outset we are capable of taking on Ineos. The ambition is to become a Grand Tour winning team. The yellow jersey of the Tour is an iconic jersey and we want to bring it home to McLaren and to Bahrain.”

The futuristic McLaren production center is a history lesson in motor racing heritage, from the classic F1 machines driven to world titles by the likes of Ayrton Senna and Lewis Hamilton to the hundreds of trophies lining the walls of the walkways.

But McLaren is no stranger to cycling, having collaborated with U.S. bike builder Specialized. They also worked on the track bike Britain’s team used to sweep golds at London 2012.

The team will continue, for now, to use Merida bikes of which the frame color and rider kit reflect the original McLaren race car color (papaya orange) introduced by founder Bruce Mclaren.

But McLaren’s arsenal of analytics and technology, Allert says, offers the chance to re-invent the sport.

“McLaren’s racing pedigree is founded on decades of performance in the most technologically advanced sport in the world,” he said. “We now look forward to applying this knowledge to elite cycling.

“We want to respect the quirks and the romance but we want to unpack it in a new and dynamic way.”

While four-time Grand Tour winner Vincenzo Nibali and Australian world time trial champion Rohan Dennis have departed, Bahrain-McLaren have made big signings for the 2020 season to add quality to the 28-rider roster.

Spaniard Mikel Landa has joined from Movistar and Mark Cavendish, winner of 30 Tour de France stages, arrived from Dimension Data, teaming up again with Ellingworth and McLaren who designed the bike on which he won the 2011 world road title.

Ellingworth said the team has been put together to challenge for the Tour de France.

“At the end of the day we want to be a GT winning team and the Tour is the one to win,” Ellingworth said. “If you want to win the Tour you need quality climbers. With Mikel we have a potential Grand Tour winner and certainly he has showed in the past he is not far off.

“I don’t see us as underdogs, I see us a thriving team with lots of energy. We are here to win bike races.”

Cavendish has suffered a torrid couple of years at Dimension Data with illness and injury, but says he is “excited” about the season ahead for Bahrain-McLaren.

“The ambience and team spirit is amazing, and we feel like a unit,” the 34-year-old sprinter said.