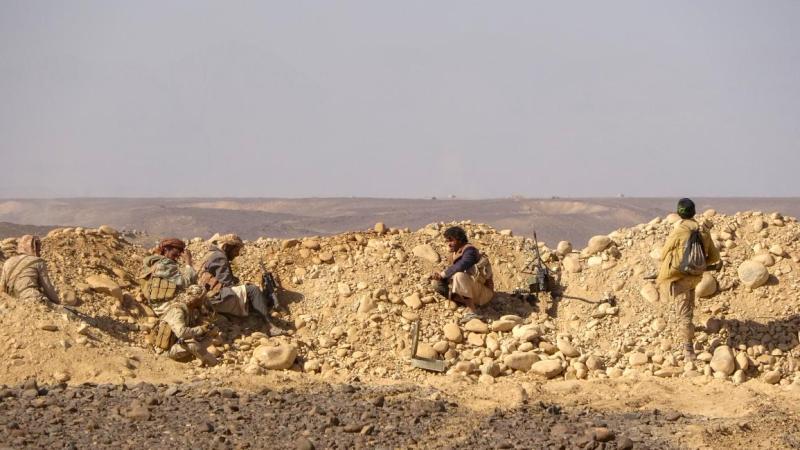 Marib (Debriefer) - Tens of people were killed or injured in the fiercest battles seen by the Yemeni northeastern city of Marib late on Friday and early Saturday between the official government troops and Houthi fighters.
The battles raged in the western fronts of Sirwah, Mass, al-Kasara and Hailan, local sources said, after Houthi attacks aimed to surprise and confuse the national army so as to advance towards the oil-rich city.
Backed by tribesmen, the government troops retook sites to which Houthi forces infiltrated in al-Balaq Mont following battles that left over Houthi fighters killed, the national army said on Friday.
"The Houthi group pushed more than 13 attacking groups to al-Balaq Mont and al-Zawr areas, that were restored after huge losses among the national army and resistance men," government military sources told Al-Araby Al-Jadeed paper.
The government troops lost more than 32 personnel, most of them from al-Jada'an tribesmen, as well as tens of injuries, the sources added.
13 Houthis were captured and 5 of their patrols were damaged in the battles, the Yemeni official defense ministry said.
The Houthis launched a counterattack, hours after the national army retook al-Balaq Mont, as the latter deployed additional troops to al-Zawr in Sirwah where fighting unprecedentedly raged early on Saturday.
On Friday, the UN called on Yemeni warring parties to secure a safe corridor for civilians forced to flee, and to protect residents besieged by the ongoing fighting in Marib.