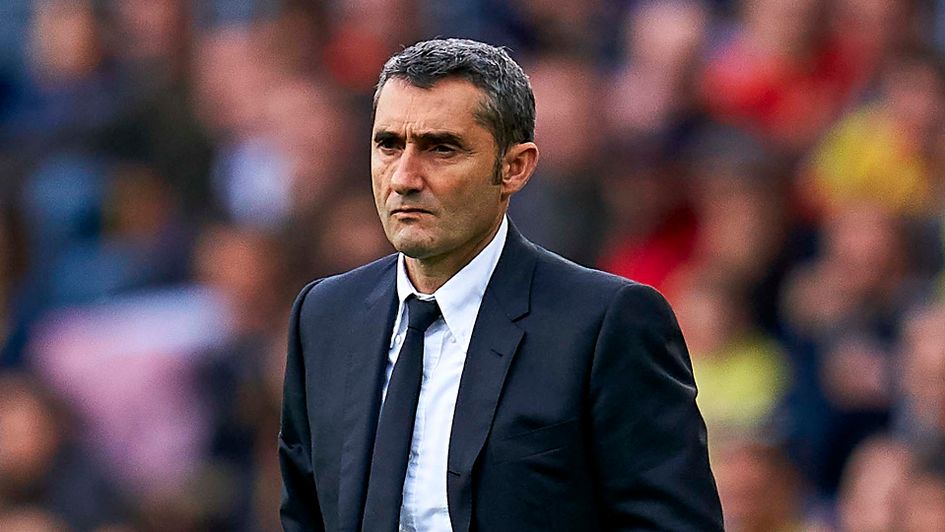 The Guardian reported that Barcelona have sacked manager Ernesto Valverde and replaced him with the former Real Betis coach Quique Setién. Valverde, who had been in charge since the summer of 2017, becomes the first manager at the club to be sacked mid-season since Louis van Gaal 17 years ago. He leaves with Barcelona through to the knockout phase of the Champions League as group winners and top of La Liga, which they have won for each of the last two years. He had six months left on his contract, plus the option for another year after that. Setién has been given a two-and-a-half year contract until June 2022.

After days of openly pursuing replacements, Valverde was finally informed of the club’s intentions on Monday evening. During that time Xavi Hernández and Ronald Koeman, both of whom had expressed their desire to coach the club in the future, turned down the opportunity to take over with immediate effect. Barcelona had contemplated a series of other names, including Thierry Henry and the former Tottenham manager Mauricio Pochettino. Almost a dozen managers had been connected to the club as rumours circulated. The impression was of a club not sure which way to turn.

Despite his sacking being an open secret by then, Valverde took charge of the Monday morning training session as normal, as his team returned to work after three days off. Before the session at San Joan Despí, he gathering his players together in a circle, although it later emerged that he had not bade farewell at that point. He is expected to return on Tuesday morning to say goodbye.

That was just the beginning of a long day, as photographers followed endless cars going in and out – a stream of men at the wheel and the lingering feeling that no one was. Valverde met with the president Josep Maria Bartomeu after the session. His agent Iñaki Ibáñez negotiated the rescinding of his contract. A board meeting, already planned in advance, followed on Monday evening and a statement was finally released after 11pm local time.

That delay was in keeping with the way Barcelona had handled the whole process, which drew widespread criticism. Andrés Iniesta, the club’s former midfielder, had described their treatment of Valverde as “a bit ugly” and the situation as “unpleasant”.

Barcelona had hoped and expected to announce the signing of Setién and the departure of Valverde earlier. Reporters outside the Camp Nou following the board meeting they had been told that a statement was expected shortly and that a press conference would be held by the president and the sporting director the following morning. That was at 7.20pm.

Off the record briefings confirmed that Setién would be taking over. His agent had arrived in the city in the early afternoon. But there was no official announcement until 11.15pm. At that point, while a severance package had been verbally agreed with Valverde, it was still yet to be signed off formally. Setién will sign his contract at lunchtime on Tuesday before being presented to the media and supporters.

A club statement read: “Barcelona and Ernesto Valverde have reached an agreement to terminate the contract that united both parties.

“The club publicly expresses its gratitude to Ernesto Valverde for his professionalism, his commitment, his dedication and his always positive treatment towards all that make up the Barça family. We wish him luck and success in the future."

Valverde won two league titles and the Copa del Rey during his two years in charge but there was criticism of the way his side played and second-leg Champions League defeats at Roma and Liverpool, when three-goal first-leg leads were lost in calamitous fashion, weighed heavily. No one fought for him to continue. Indeed, it surprised many when Valverde signed a new contract last February and when he continued beyond the summer but at that point, he enjoyed the backing of the president.

There remained doubts, though, and that support definitively changed when Barcelona were defeated 3-2 by Atlético Madrid in the Spanish Super Cup in Jeddah on Thursday, having been 2-1 up with nine minutes remaining. He had been booed by Saudi Barcelona fans throughout the game.

Abidal and the club’s CEO Òscar Grau travelled to Qatar following that defeat and offered the post to Xavi, but he turned it down, sparking an accelerated search for a replacement. Although that was played out in public, Barcelona backed into a corner, Valverde had still not been formally told by early Monday evening. He was far from impressed. By the end of the night, his departure finally official, the overwhelming feeling was of relief.

For Setién, there is excitement. Aged 61, this is the job he most covets. A former coach of Las Palmas and Real Betis, Setién led the latter to a stunning 4-3 victory at the Camp Nou in which his team were judged to have ‘out-Barcelonad’ Barcelona. The former Spain international is committed to a style based on possession and technique, a professed admirer of Sergio Busquets and Lionel Messi, and once said he would have cut off his finger to play for Johan Cruyff.