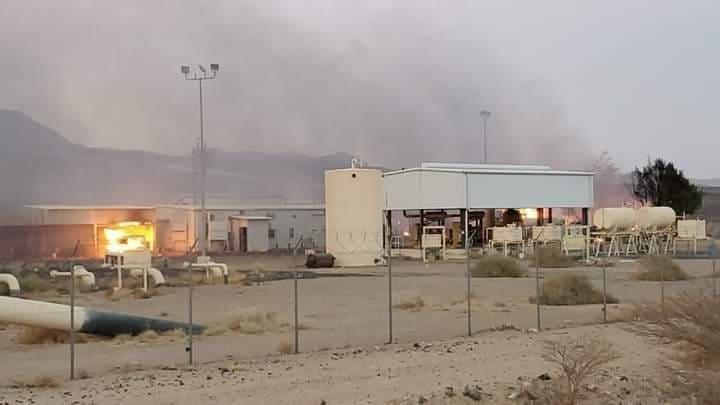 An official at the Yemeni UN-recognized government on Monday denied the "forged" memos posted on social media talking about a pact between the Yemeni oil ministry and Aramco on the 'Black Triangle' oil.
These reports are baseless, the Aden-based oil ministry official added in remarks carried by the Riyadh-based Saba, urging media to seek accurate, credible information and to avoid abuse of "freedom of expression to publicize lies and rumors.
"The ministry will prosecute those behind these counterfeit documents," he vowed.
Earlier on Monday, Yemeni activists circulated a memo about a deal with the Yemeni government giving the Saudi company a 40-year privilege to appropriate oil of the Black Triangle based between the Yemeni three oil-rich governorates of Jawf, Marib and Shabwa.
Signed last April by the Yemeni Oil Minister Aws al-Awd, the memo is meant to the Yemeni Vice-president Ali Muhsin al-Ahmar to tell him about amendments made by Saudis to a would-be pact between the Yemeni government and Aramco.
While other details are unknown, one of the three amended clauses (12) stipulates that the Yemeni government "will dispense with all oil firms working in the Black Triangle, and Aramco will pay compensations needed to revoke contracts" with them.
Under the amended clause (19), the "government may not enter in a contract with any oil company to explore in the area of Black Triangle."
After amendment, clause (21) stipulates that "the Yemeni government can only cancel agreements with Aramco after 40 years from the term of the deal between the two parties."