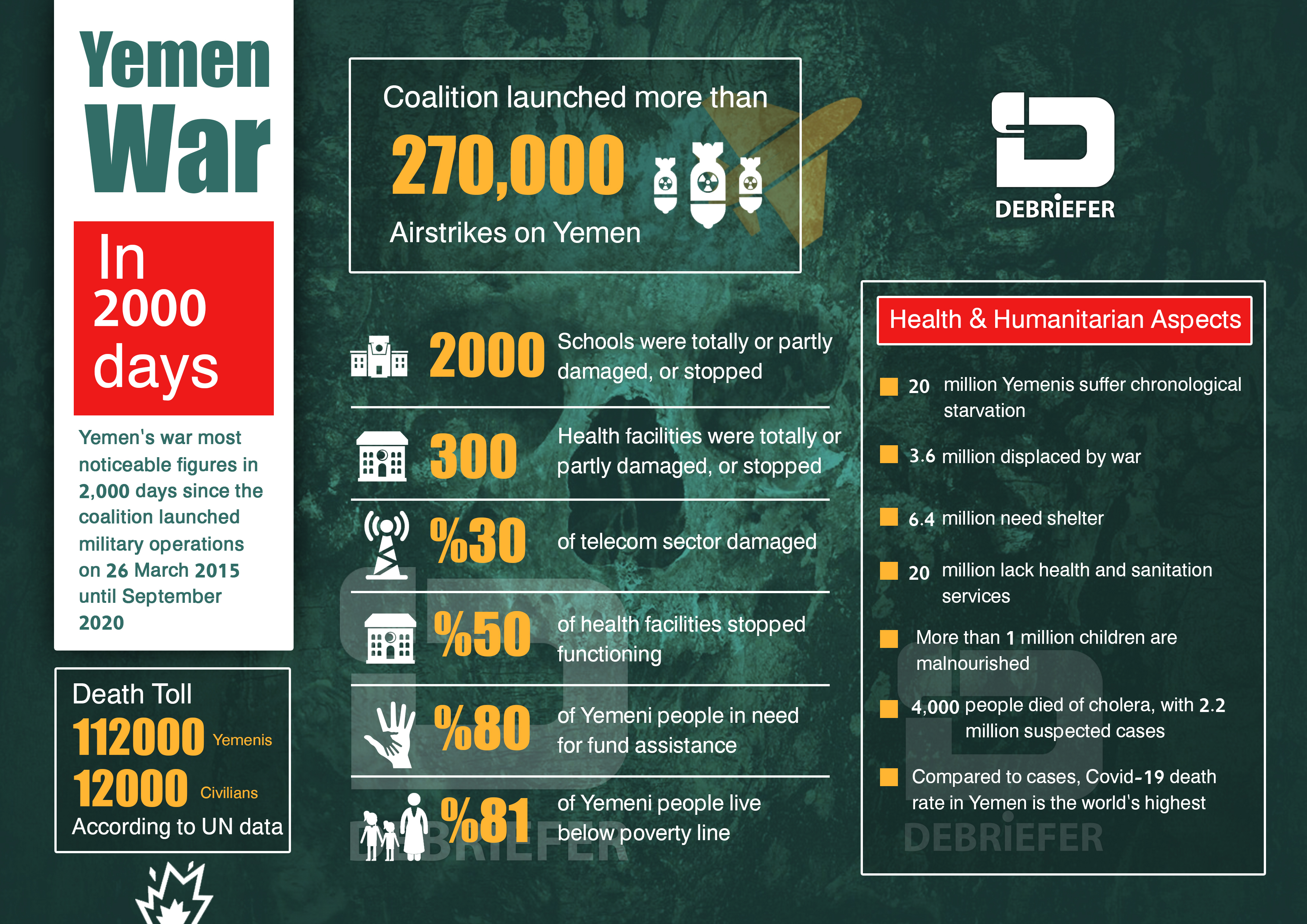 In March 2015, Saudi Arabia led a military coalition in Yemen, after the Iran-backed Houthis ousted the UN-recognized government of President Hadi in September 2014.
Yemen 6-year war has left more than 100,000 people killed, triggering what the UN calls the world's worst humanitarian crisis.
The persistent conflict has pushed millions of Yemenis to the brink of famine, as 80 percent of the population depends on humanitarian aid.
The following infographic shows the 2000-day Yemen's war in figures.

Weekly changes in petroleum stocks in the U.S.