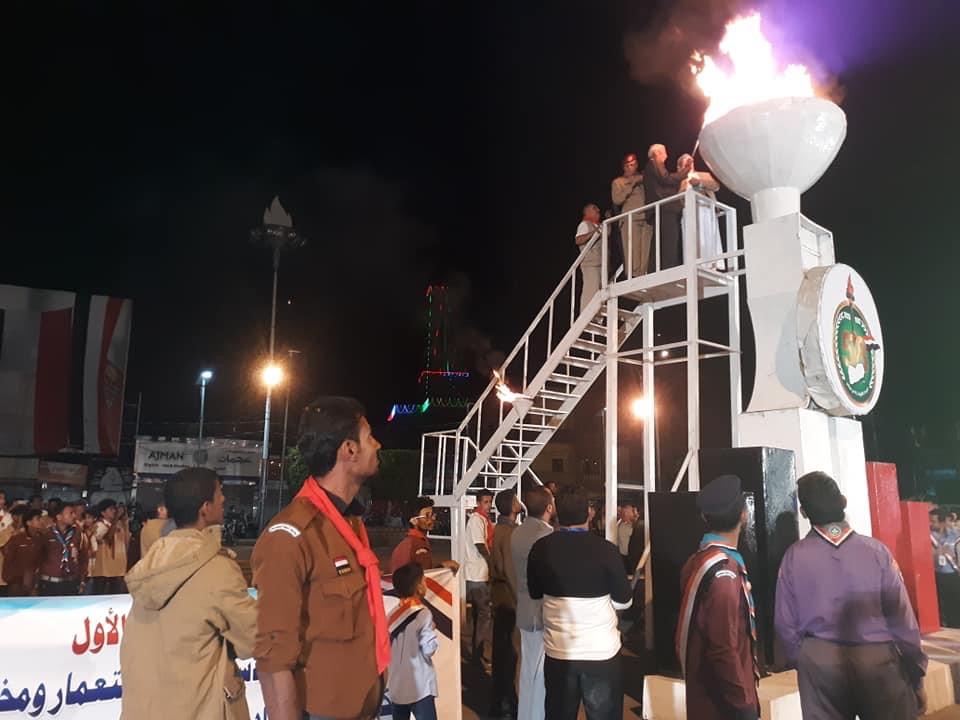 SANAA (Debriefer)--There is almost a consensus that the 26th September revolution is the mother of all revolutions in Yemen during the last 60 years.

58 years ago, the Yemeni people revolted against the Imamate rule and aspired to a new state where equal educational and work opportunities would be guaranteed and the stratified society and the ruling on a religious legacy end.

But the Yemenis' glorious revolution has suffered setbacks and plots that have almost annihilated it and foreign interventions that have almost skewed its course. Despite all of that, it still lives in the minds and hearts of three generations.

The torch on its 58th anniversary was lit in many provinces, including the capital Sanaa which is controlled by the Houthis, Marib which serves as the last stronghold and defence line of the legitimate government and Taiz which is divided between the Houthis and the government.

Social media networks have turned into a large celebration square for many activists who still think that this revolution is still a lifeline. Activists have used social media platforms to tell stories of revolution heroes. Others launched discussions about revolutions in a war-torn country which has been put on the list of the most miserable countries in the world.

This anniversary came while the country is facing tough times and surrendering to a war which has killed tens of thousands of people, destroyed its infrastructure and threw it 60 years back.

From his residence in the Saudi capital Riyadh, president Abdrabbuh Mansur Hadi renewed his vow to continue the struggle for restoring the state and ending all forms of coup.

In his speech, Hadi said: "The republic is a destiny and an option of the people based on their belief in justice and equality". "There is no room for compromise on revolution or underestimating its goals".

Marib marked the anniversary amid raging battles with the Houthis on the outskirts. This reflected how this province takes pride with this great revolution.

After lighting the torch, governor, Sultan Al-Aradah, vowed to win for the republic and the 26th September revolution and not to let the Houthis damage the achievements and sacrifices for liberation from the unjust Imamate rule.

He condemned the Houthi attempt to disrupt the torch-lighting ceremony on the revolution anniversary through firing a ballistic missile on Marib.

On the other hand, president of the Houthi supreme political council, Mahdi Al-Mashat, said the 26th September revolution gave its reins to bad and corrupt sons who have for half a century been focused on their special interests.

Al-Mashat's statement implied direct accusations of the leaders of the revolution who he held responsible for the suffering of the people today.

Today's suffering is not spur of the moment but accumulation of decades of foreign infiltration and plots that have targeted the 26th September revolution, he said.

"The pretenders of the revolution, controlled by foreigners, deliberately annihilated the revolution's principles and goals. They opened the door to foreigners to interfere in Yemen's affairs since the first day of their takeover," Al-Mashat said.

He reiterated his group's vow to rehabilitate the 26th September and the 14th October revolutions.

"Nothing can kill the spirit of revolutions like dependency. We should always remind of this on anniversaries of all immortal events and crucial turning points," he said.

The Houthi group, which ousted the internationally recognised government in late 2014, always says that its takeover came to complete the 11th February peaceful revolution of the youth against the former regime and the 26th September revolution.

The Iran-backed group calls for rehabilitating the struggles of fathers and grandfathers through rejecting all forms of dependency and foreign mandate.

Observers however argued that the group installs itself as the guardian of Yemen and national resources under claim of "protecting sovereignty and facing US/Israeli-backed occupation of Saudi Arabia and the United Arab Emirates.

The two gulf states have been leading a military coalition against the group in support of the government since 2015.