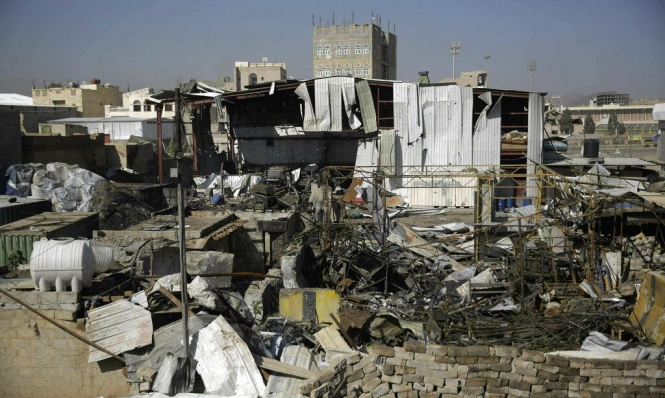 Moscow (Debriefer) - The new escalation between the Houthi group and Saudi Arabia implies deep risks in Yemen where the Kingdom is leading a military coalition, Izvestia has reported.
Saudi Arabia has declared resumption of the military operation in Yemen after being under missile and drone attack fired by Houthis, the two authors wrote, as Saudi officials saying the Houthis "surpassed the red line" by targeting the capital and civilian sites.
The Saudi air defenses failed to intercept most of the drones that attacked the Kingdom, Anton Lavrov and Roman Chrystol added.
The Houthi attacks lacked precision, the Russian paper quoted informed sources as saying.
"We are seeing a speedy development of Houthi offensive means," a military expert told Izvestia.
"in the past, the rebels used advanced ballistic missiles, some from the Yemeni army's arsenal and others homemade," Vladislav Shorigin added. "Now, they're carrying out compound attacks of typically different level."
With Iran's support, the Houthis obtained suicide drones and highly-accurate ballistic and winged missiles with ranges of up to 1,000 km and more. Strikes with different weapons are often well coordinated and carried out by means of drones, he said.
A senior researcher at the Russian Science Academy's Institute for Eastern Studies said "the forces that fired Saudi sites have not been identified yet. They accuse the Iran-aligned Houthis, but there is no confirmation so far. Indeed, these attacks destabilize the region.
"But the current escalation will unlikely lead to a huge war. However, dimensions of solving the conflict are largely complicated. This will somehow depend on outside actors backing the warring parties in Yemen," Boris Dolgov added.
He thinks that warming the conflict could affect the world's oil prices. If the situation aggravates, such as closure of Hermes strait and obstruction of tankers' traffic, this could affect the oil market.
The researcher, nonetheless, rules out that Saudi Arabia could give itself priority over such an acceleration, since its economy suffers a decline in demand for energy.