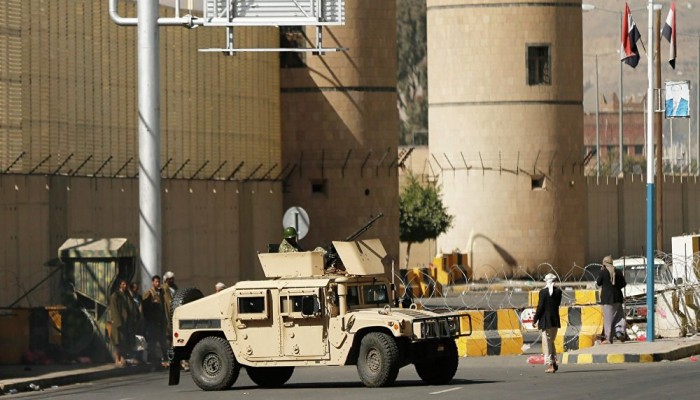 Sana'a (Debriefer) - Tens of the Houthi group's supporters on Monday took to street in rally outside the US embassy in the Yemeni capital Sana'a, to protest the decision taken by the US Department of State blacklisting the group.
The demonstrators carried placards accusing Washington of supporting terrorism, and calling on the US capital to reverse its move to designate the Houthis as terrorist movement.
While it already said indifferent to the decision, the group kept for days mobilizing supporters in meetings and rallies in all areas under its control to protest the outgoing Trump administration's move.
On 11 January, the US Secretary of State said his department would advise the Congress to designate the Houthis as a terrorist group and to add Abdul Malik (their leader), Abdul Khaliq al-Houthi and Abdullah Yahiya al-Hakim into the global terrorists list.
These designations will provide additional tools to confront the Houthi terrorist activity, and they aim to hold the group responsible for its terrorist acts, including trans-border attacks threatening civilians, infrastructure and commercial shipping, Mike Pompeo added.
If approved by the Congress, the decision will come into effect as of 19 January.
On Saturday, Biden-picked national security advisor admitted that Houthi leaders need to be held accountable, but he said that designating the whole group as terrorist would further Yemenis' sufferings.