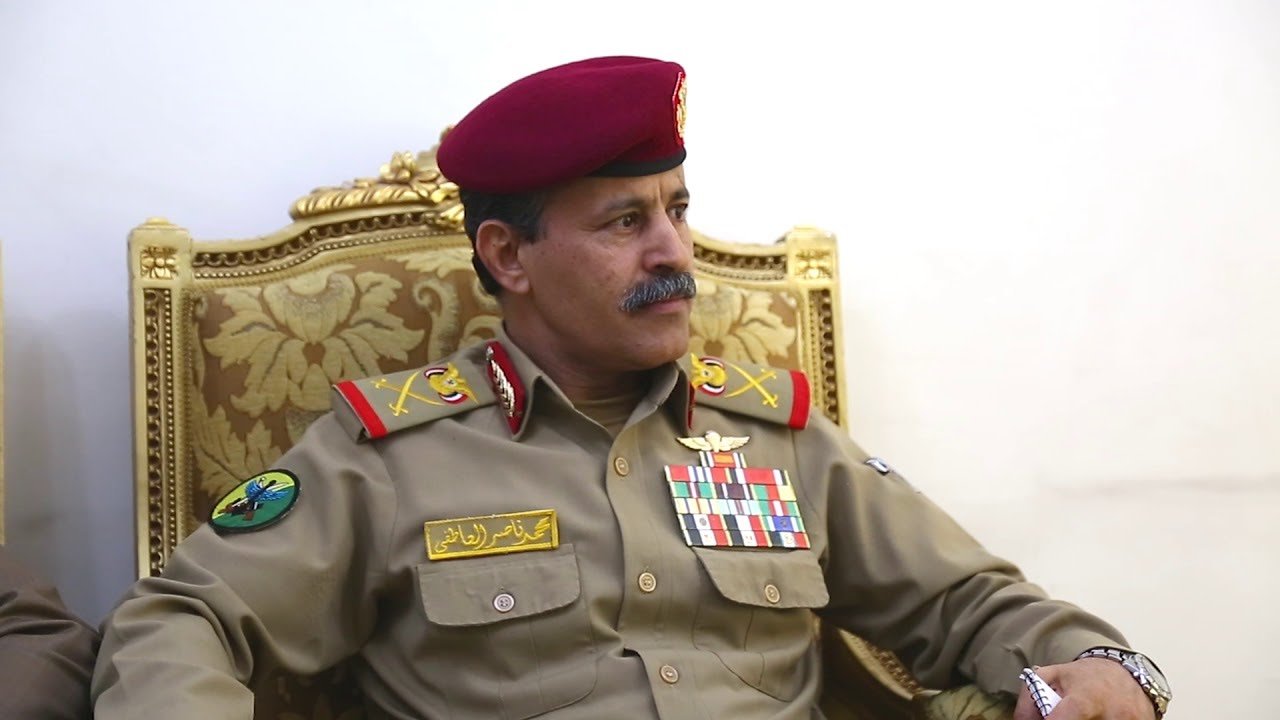 SANAA (Debriefer)--The defence ministry in the Houthi salvation government on Monday said it is racing against the clock to develop and manufacture strategic deterrence weapons.

The remark was given by defence minister Maj. Gen. Mohammed Al-Atefi as he launched the 2021 training year under the theme of "the balance of strategic deterrence".

Al-Atefi praised the role of the military intelligence department and giant strides it has made on tactical, mobilisation and strategic levels in the region.
"The aggression on Yemen has made us and the intelligence department reach this level," he said, pointing out that the ministry has advanced technology systems, including those used currently to defend Yemen and those to be unveiled in the near future.
"These systems will make major transformations in the war and facing the aggression".

We have the strength and have made strides in producing various light, medium and heavy weapons, including land-land ballistic missiles, and munitions, he said.

Commenting on the US designation of the Houthi group as a terrorist group, he said the world knows that the designation has been politically motivated and that it is not logical to designate those defending their land, accusing the US of supporting terrorist organisations and a Saudi-led coalition fighting in Yemen.