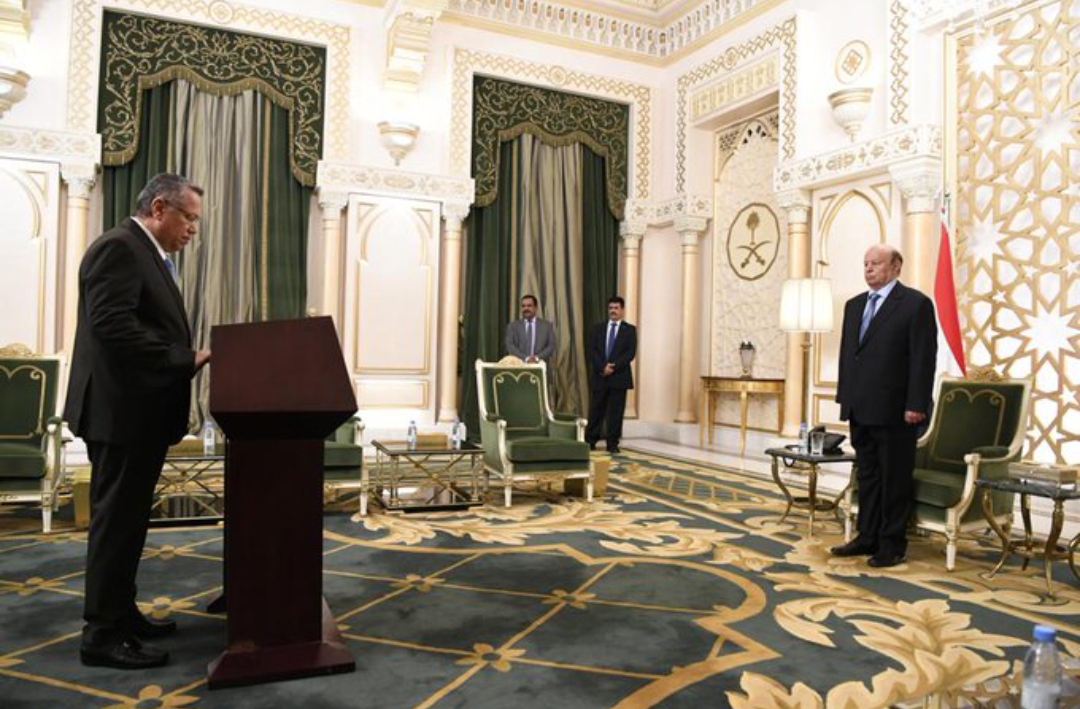 Riyadh (Debriefer) - Dr. Ahmed Obaid Bin Daghr and Dr. Ahmed Saleh al-Musai on Tuesday were sworn in before President Hadi as chairman of Yemen's Shura Council and Public Prosecutor, respectively.
In addition, Abdullah Mohamed Abul Ghaith and Wahi Taha Abdullah Jafar Aman were sworn in as Shura Council vice-chairmen.
After the swear-in, President Abd Rabbu Mansour Hadi highlighted the need for the State institutions' capacities to be enhanced in this unusual period so as to serve the highest goals of all Yemenis, i.e. a federal state, defeating the Houthi Persian project, restoring the State and freeing all the Yemeni land.
On Friday, Hadi appointed chairman and deputies for the Shura Council and a new Public Prosecutor, angering some of his allies who wanted Hadi to consult them prior to his decrees.