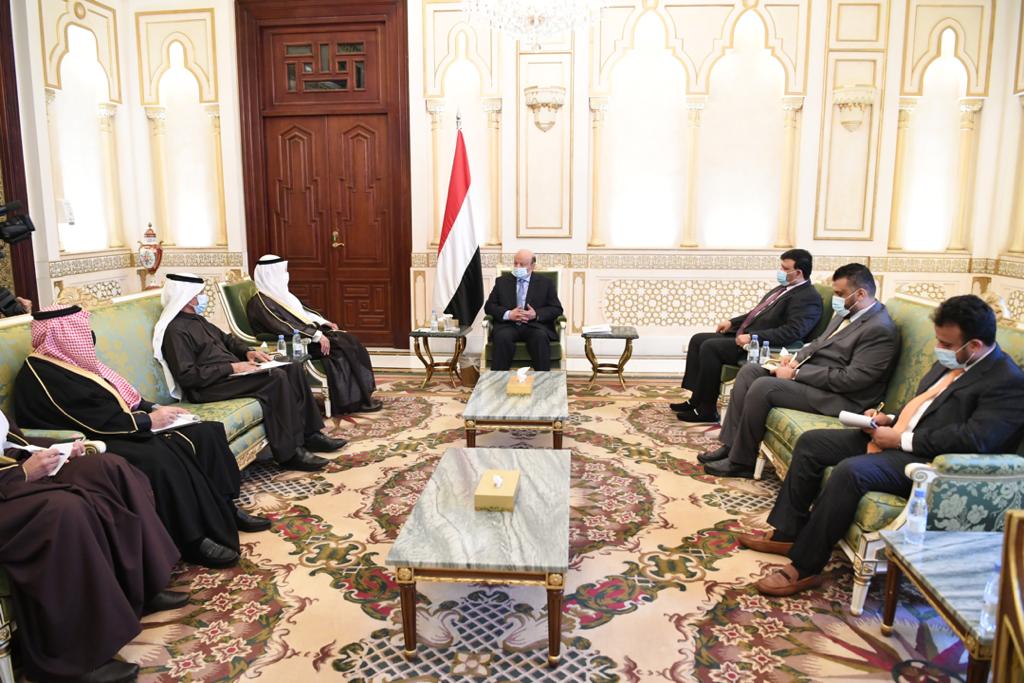 RIYADH (Debriefer)--President Abdrabbuh Mansur Hadi on Tuesday received the secretary general of the Gulf Cooperation Council Nayef Al-Hajraf and discussed the latest developments in Yemen since the new government returned to Aden.

He reiterated his keenness to bring peace to the country and put an end to the suffering of the people which he blamed on the absurd war of the Houthi group, according to the state Saba news agency.

The attack on Aden airport late last month confirmed that the group does not believe in peace and that it is devoted to implementing Iranian agendas to destabilise Yemen and the region, he said.

He accused the group of stealing relief aid and state revenues and smuggling Iranian weapons to prolong the war and attempting to impose the Iranian model on the Yemeni people.

They are planning to hold a donor conference to mobilise support for Yemen, he added.