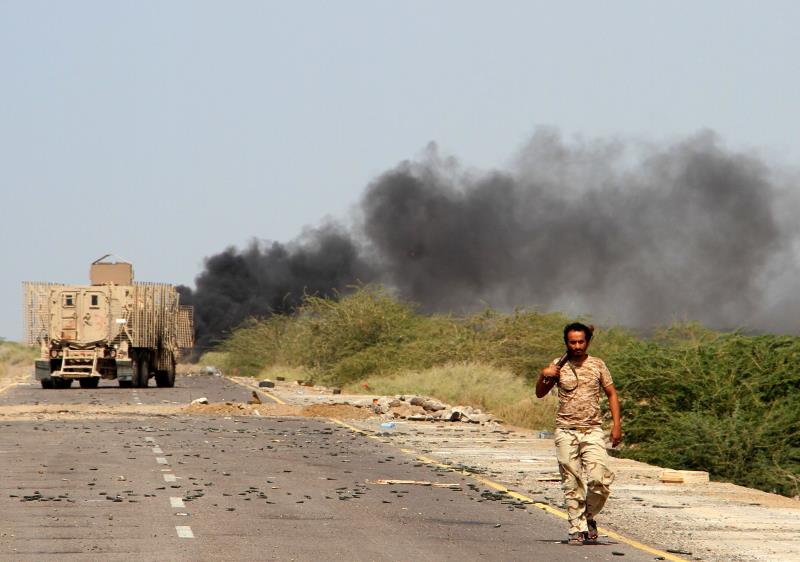 Last month, over the course of a few days in Yemen, one governor survived a roadside bomb while a second was denied entry through a checkpoint ostensibly run by his own government. At a military college in Aden, the government’s temporary capital, pro-secessionist soldiers opened fire on a graduation ceremony in response to the raising of the national flag. Three small security events—barely blips in Yemen’s daily catalogue of strikes that have already disappeared from the news. But each incident happened far from Yemen’s frontlines, and each, in its own way, is a reminder that what we call the war in Yemen is actually three separate yet overlapping conflicts.

There is the U.S.-led war against al-Qaeda in the Arabian Peninsula (AQAP) and the Islamic State in Yemen. There is a regional conflict, pitting Saudi Arabia and the United Arab Emirates against Iran. And there is a messy and multi-sided civil war, featuring the Houthis, what’s left of the Yemeni government, a southern secessionist movement, UAE proxy forces, and various different militias—some Salafi, some local, and some closer to criminal gangs—all vying to grab and hold as much territory as they can.

As distinct as these three wars are, each has porous borders, which bleed into one another. So the United States, which is fighting AQAP and the Islamic State, is also aiding Saudi Arabia and the UAE in its war against the Houthis, who are, in turn, themselves fighting AQAP and the Islamic State. UAE proxy forces, which were established to fight AQAP and the Houthis, also periodically clash with government troops loyal to President Abdu Rabbu Mansour Hadi, who asked for the UAE’s military help in the first place. Salafi militias in Taizz fight the Houthis one day and government forces the next.

Yemen, which only unified in 1990, is broken and probably will be for years to come. No one peace agreement, no matter how comprehensive, will be able to end each of these three wars. The most likely scenario—which itself will not be easy—is that a UN-sponsored deal will end the regional war, leading to the withdrawal of Saudi and UAE troops and the end of Iranian support to the Houthis, while the fighting on the ground in Yemen continues. UN Special Envoy Martin Griffiths has made clear his preference that the domestic future of Yemen, including the south, be discussed as part of a future national dialogue, not as part of UN-sponsored talks.

Yemen has been down this road before, with poor results. Indeed, much of the current fighting in the country can be traced back to Yemen’s last national dialogue, which ended in 2014 and left many parties frustrated, most notably the Houthis. Within months of the dialogue’s conclusion, the Houthis moved out of Sadah, initiating the coup and subsequent civil war. The problem that prevented a conclusive agreement then is the same problem that prevents one today: There are too many armed groups in the country, none of which is strong enough to impose its will upon the entire country but all of which can act as spoilers anytime they don’t like a particular decision. Add a couple of terrorist groups to the mix and you have a recipe for the sort of disaster that can destroy multiple generations and unravel a nation.

The War against al-Qaeda and the Islamic State

The longest running of Yemen’s three wars is the U.S.-led war against al-Qaeda, which has now expanded to include the local Islamic State affiliate. This war, which dates back to the USS Cole attack in October 2000 and the September 11 attacks of 2001, has waxed and waned over time. The United States carried out its first drone strike outside an active battlefield in Yemen in 2002. But following the invasion of Iraq in 2003, the United States largely ignored Yemen until the so-called underwear bomber made it onto a Detroit-bound plane on Christmas Day 2009. Since then the United States has embraced what is sometimes called a “mowing the grass” strategy of drone, air, and naval strikes combined with periodic Special Forces operations, including partnered raids with UAE troops.

In 2017, after the Trump administration declared parts of three Yemeni governorates to be “areas of active hostilities”—effectively loosening the rules of engagement—and the number of drone and other air strikes in Yemen jumped from just over 30 in 2016, the Obama administration’s final year, to more than 130 during the first year of the Trump administration. The United States has carried out 34 strikes so far this year.

Muddying the waters slightly is the fact that both AQAP and, to a lesser extent, the Islamic State in Yemen are more than just international terrorist organizations bent on attacking the West. They are also local actors fighting in each of Yemen’s other two wars. For instance, in the central governorate of al-Baydha, both AQAP and the Islamic State are fighting the Houthis, while in Shabwa, AQAP routinely carries out attacks against UAE-backed troops. This war is unlikely to end anytime soon.

The regional war—Saudi Arabia and the UAE against what they see as an Iranian-backed proxy—is the war we hear the most about and the one that has done the most damage to the country. But it is also, paradoxically, the war that has the most obvious off-ramp.

Saudi Arabia, the UAE, and the rest of their coalition partners intervened on March 26, 2015, at the behest of Yemen’s president with the stated goal of reversing the Houthi coup and reinstating Yemen’s internationally-recognized government in Sanaa. A war that was supposed to last weeks has now gone on for more than three years, and Iranian support for the Houthis has gone from debated theory to established fact. Iranian ballistic missiles, which are being smuggled into Yemen in violation of a UN Security Council resolution, are subsequently re-assembled and fired into Saudi Arabia.

No side has clean hands. Saudi airstrikes all too frequently kill civilians, including a recent strike that killed 40 children. The UAE operates prisons where, according to multiple reports, torture and sexual abuse takes place. The Houthis, which have come under less scrutiny than the coalition, nonetheless engage in torture, the use of child soldiers, and dynamiting the homes of local political opponents.

As devastating as this war has been, it is also—unlike the other two—solvable. Saudi Arabia wants to avoid the rise of a Hezbollah-like group on its southern border, and Iran, for all its delight in Saudi missteps, is much less invested in Yemen than it is in Iraq or Syria. When it comes to a possible Saudi-Iranian détente, Yemen may very well be the region’s low-hanging fruit.

Such a scenario would have benefits for both sides. Iran, which is looking to split the United States and Europe on the nuclear deal and sanctions, would demonstrate flexibility on Yemen by cutting off support for the Houthis in exchange for a Saudi withdrawal. This would be a considerable gesture toward the moderation that Europe would like to see in Iranian policy, while also bringing to an end a limited intervention that has served its purpose. And it would provide the Saudis a face-saving end to an ugly and expensive war.

The most intractable of Yemen’s three conflicts is the increasingly ugly and increasingly fragmented civil war. This war existed before Saudi Arabia and the UAE intervened in Yemen and it will continue long after they leave. Sadly, this means that the worst of the fighting in Yemen may still be ahead of us. The rickety anti-Houthi alliance, which has been mostly held together by the coalition, is likely to break apart when Saudi Arabia and the UAE withdraw.

Much of the south, regardless of economic feasibility, is going to want to secede. President Hadi has little military support he can depend on outside of five presidential protection brigades. Vice President Ali Muhsin al-Ahmar, a former Saleh loyalist, has already been defeated by the Houthis once, and his support within the military is unsteady at best. What’s left of former president Ali Abdullah Saleh’s military network, around 3,000 men, will continue to fight. As will a handful of well-trained UAE proxy forces, multiple Salafi groups, and several different local militias.

For their part, the Houthis are likely to lose territory following the withdrawal of Saudi and UAE forces. The Houthis have made a lot of enemies during their time in power, but have largely been given a pass by many under their control due to the Saudi-led coalition’s bombing campaign. When that ends, so too will some of their support.

There is, simply put, no longer a single Yemen. There are multiple Yemens and no single individual or group capable of re-uniting them into a coherent whole. Yemen has too many groups with too many guns to ever be a unified state again. The civil war, which has taken a back seat to the regional conflict over the past three years, will eventually resume at full force. And when it does, the fighting it produces will be bloody and protracted.

* Gregory D. Johnsen is a resident scholar at the Arabia Foundation. From 2016 to 2018 he served on the Yemen Panel of Experts for the UN Security Council.