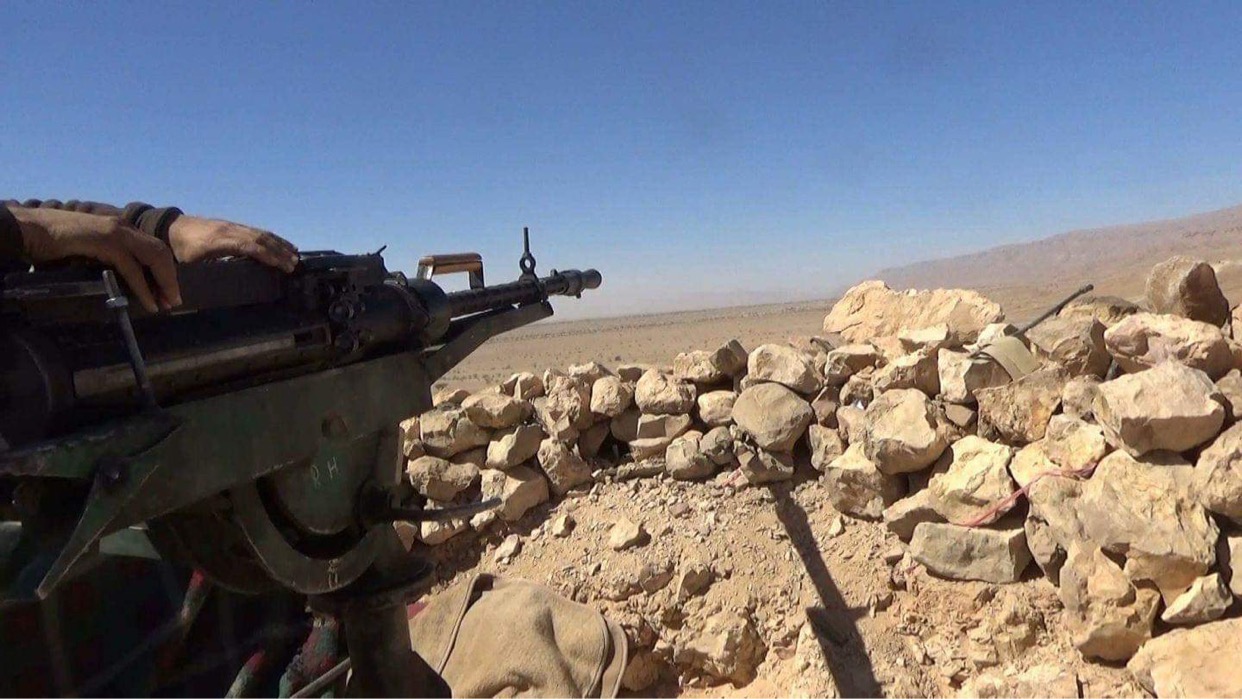 SANAA (Debriefer)--The internationally recognised government which is resisting a massive Houthi assault against the northeastern province of Marib is in a predicament as the Houthis are advancing on the oil-rich province and last stronghold of the legitimate army.

The government is trying to appear firm through statements about military victories in Jawf province on the border with Saudi Arabia. The Houthis controlled around 95% of Jawf in April.

It is facing a months-long Houthi military escalation with psychological warfare statements in a bid to save its forces that are apparently abandoned by a Saudi-led coalition supporting the government since March 2015.

The coalition has been striking Houthi forces and positions, and sometimes government forces, but its airstrikes are not preventing the Houthis from advancing.

Meanwhile, the Saudi forces have withdrawn their heavy equipment from Marib into the area of Al-Abr in Hadramout province, according to a military source, who asked not to be named.

Observers argued that Houthi takeover of the province would shock the government as the forces of the UAE-backed southern transitional forces are suffocating its forces in Shabwa and other southern and southeastern provinces.

In an attempt to ease pressure on it, the government opened a new warfront in nearby Jawf, with its forces advancing against the Houthis there.

Information minister, Muammar Al-Eryani, has said the government forces liberated a number of positions in north of the area of Al-Nodhoud in Jawf, including Qarn bin Ojail, Al-Sulaihi Hilltop and Al-Mahazeem, after an attack on Houthis.

The Houthi Group is facing the biggest wave of personnel losses since its coup against the state in late 2014, with many senior and ideological leaders who had been trained by Hezbollah and Iranian Republican Guard among those killed during battles, he said.

We receive tens of videos everyday showing the size of holocausts of Houthis in open deserts in Marib, Jawf and Bayda, he said.

"The group does not care about its human losses that have increased in the past days and is covering that with fake and media victories," he added.

The Houthis have recently admitted their losses of fighters including senior field leaders but are confidently saying they are close to liberating the whole province.

The Houthi-run Saba agency published photos of a Houthi leader on a visit to the governmental compound in Al-Rahbah after it had been secured.

Last week, the Houthis said they captured the district of Mahiliya in the south and were close to surrounding Marib and cutting off the final supply line of the government forces from Shabwa.

Houthi forces have also besieged the strategic Al-Mas military camp where Saudi forces are being stationed after advancing through the district of Raghwan and the area of Al-Alam, a military source said.

The Saudi forces have evacuated the camp of Tadawin in the east and withdrawn all heavy equipment, the source said, adding that Patriot Batteries are being transferred into the area of Al-Abr. The developments followed the fall of Mahiliya to the Houthis and withdrawal of pro-government tribes from battles, according to the source.

Houthi takeover of Al-Rahbah will enable them to surround Marib and cut off all supply lines into it, the source continued.

On Sunday, the government deployed the 107th Brigade which is tasked with guarding the Safer oil facilities to the warfronts of Al-Alam and Al-Sabayegh north of the district of Safer and south of the district of Al-Wadi to thwart Houthi advances towards oilfields. Battles are raging in these regions.

On the other hand, Houthi vice foreign minister, Hussein Al-Ezzi, said the Murad tribes have formed a military brigade to drive the coalition fighters out of Marib.

The Murad tribes did not want to fight us but they were misled by the enemy's media, Al-Ezzi wrote on Twitter.

"After they discovered the rumor and falsification, they came back and surprised us with their welcome and formation of the first national Murab brigade," he said.

It is only a matter of time before Marib falls. But what will happen next if it falls? Where will the government forces go? Will the Houthi Group be satisfied with Marib, its resources and the military victory in it which will definitely influence the course of the peace process in the country?