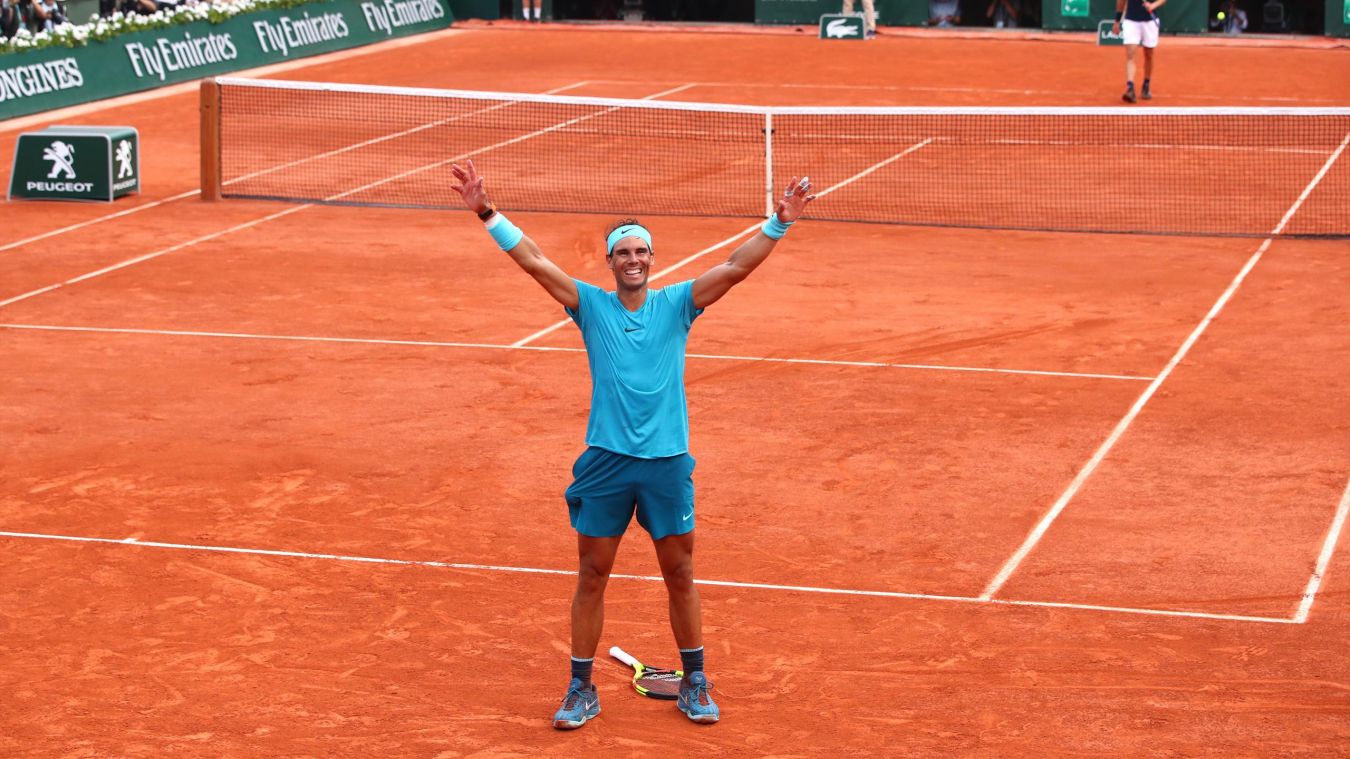 Rafael Nadal beat Dominic Thiem in straight sets, 6-4 6-3 6-2, to secure a record-extending 11th French Open title at Roland Garros.
Nadal struck first in an enthralling opening set, breaking Thiem’s first service game to take a two-game lead but they were back on serve immediately as the Austrian hit back.

However, the 32-year-old remained in the ascendancy and passed up a further three break points before claiming the decisive break in the 10th game to take the lead

Nadal retained the momentum in the second set, breaking his opponent in the second game and holding out to edge closer to yet another title at Roland Garros.

The trainer was called at 30-0 and his intervention appeared to alleviate Nadal’s discomfort, who regained his composure, held his serve and then managed to break again in the sixth game before holding out for his 17th Grand Slam title.

It's amazing now, I can't describe my feelings," Nadal told the crowd on Philippe Chatrier Court moments after capturing his 17th Grand Slam trophy with a 6-4 6-3 6-2 victory.

"It's not even a dream to win here 11 times, because its impossible to think of something like this."

Nadal saluted his 24-year-old opponent, who is the only man to have beaten the Spaniard on clay over the past two seasons.

"I want to say well played to Dominic. He played a great two weeks. He's a good friend, one of these players that the tour needs. I am sure you'll win here in the next couple of years."