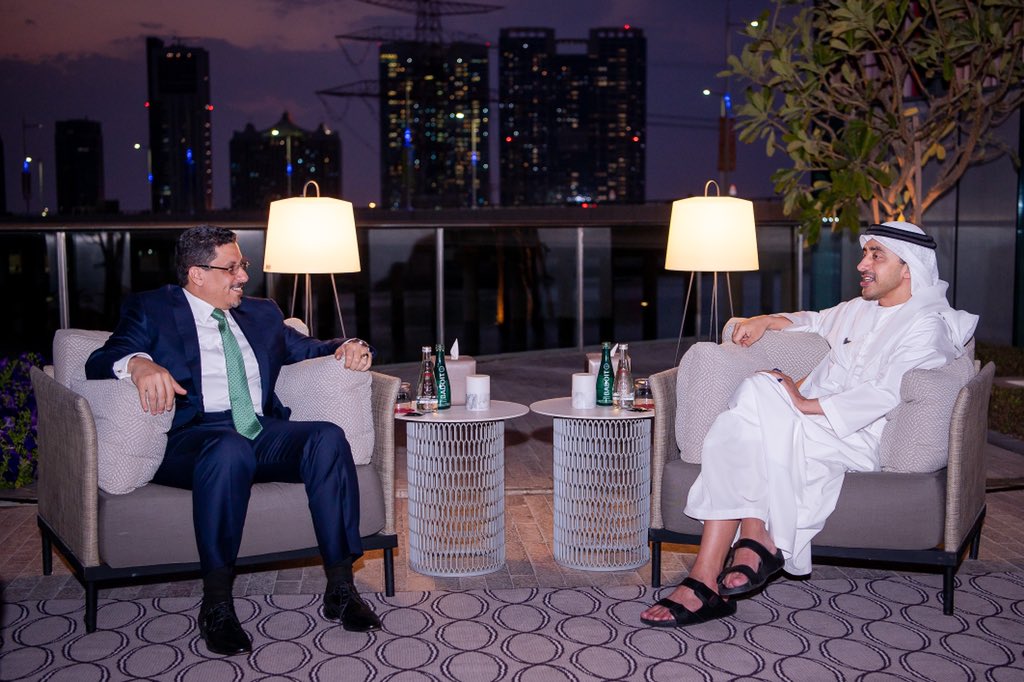 Abu Dhabi (Debriefer) - The Yemeni foreign minister's meeting with his Emirati counterpart on Wednesday mainly focused on the Riyadh Agreement between Yemen's government and the Emirati-backed Southern Transitional Council, and the Houthi recent attack on Marib.
The completion of applying the Riyadh pact's security and military section is essential for the Yemeni government to do its duties by normalizing the living situation in Aden so as to achieve economic recovery and development and to provide basic services for citizens, FM Ahmed Bin Mubarak told Abdullah Bin Zayed.
"Despite the challenges it faces, the Yemeni government is determined to provide services, contribute to the country's economic recovery, improve the livings and restore the State's institutions," he added, according to the Riyadh-based Saba.
The Houthi attack on the oil-rich governorate of Marib was foiled by the official government troops, the Yemeni FM claimed.
"The Houthis encounter the UN and US efforts for peace in Yemen with military escalation and targeting the civilian objects and IDP camps," Bin Mubarak added.
The Yemeni government is committed to positively engaged in efforts for inclusive, sustainable peace in Yemen and security in the region in accordance with the nationally and internationally-supported three terms of reference, he said.