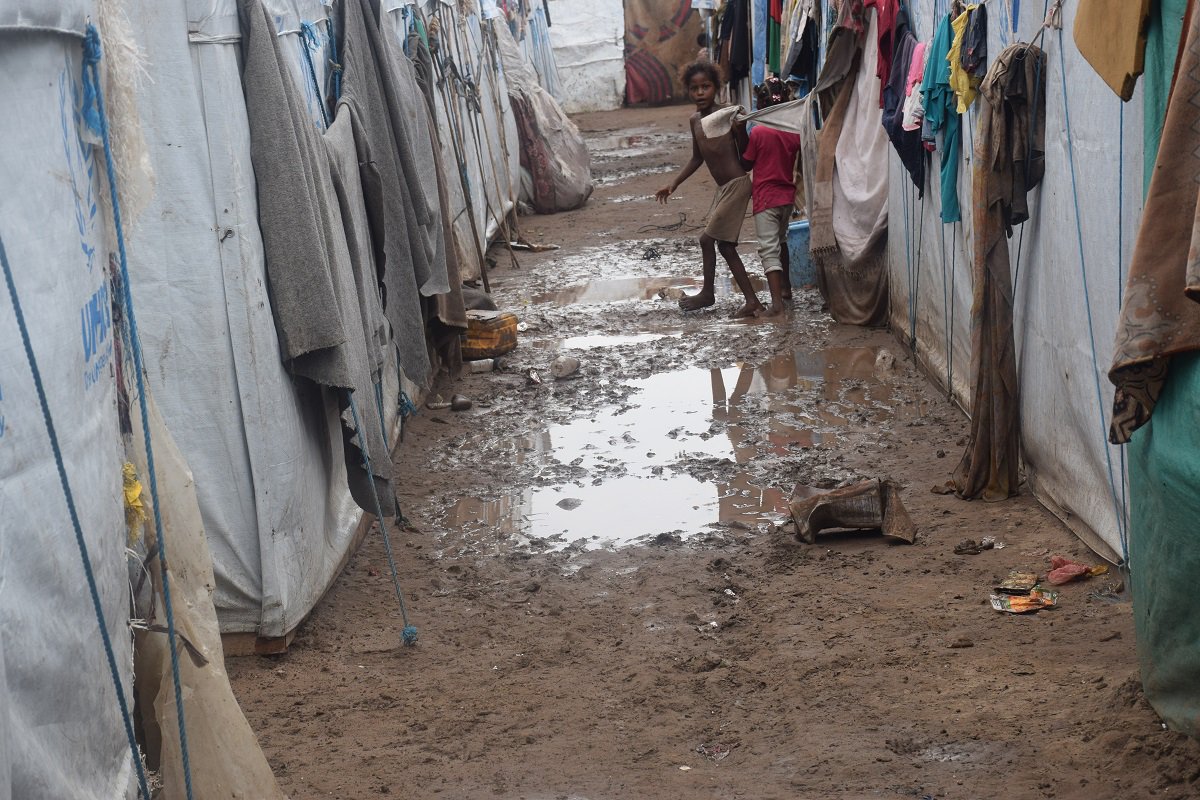 It is estimated that rains and floods in recent weeks have affected close to 70,000 Yemenis, including internally displaced people, in over 10 governorates, said the United Nations Wednesday.

The northern governorate of Hajjah is the most affected governorate, according to a report issued by the UN Office for Coordinating Human Affairs (OCHA).

Humanitarian groups are working to double efforts to help the needy by providing accommodation and household supplies, added the report.

"As of 10 June, the Executive Unit for IDPs rapid assessment identified more than 3,000 displaced families (18,000 people) in Aden, Lahj, Taiz and Hadhramout affected by heavy rain and flooding between 7 and 9 June.

"Approximately 1,321 displaced families (about 8,000 people) have been affected in 12 areas of Aden City.

The report also quoted Sana'a authorities as saying more than 8,300 families (some 50,000 people) have been left insolvent while in desperate need for accommodation and food and non-food supplies in six governorates: Ibb, Bayda, Jawf, Hajjah, Dhamar and Ryma.

Data from partners on the ground say more than 500 hosting families (1,500 people) and 3,200displaced families (19,200 people) have been affected in Abs and Khairan districts, said the report. However, partners have not been allowed to assess the situation in 30 out of 68 sites located in the two districts for absence of access permission.

The UN has warned that floods could increase the spread of diseases across Yemen, as 293 of the country's 333 districts are already affected by cholera.