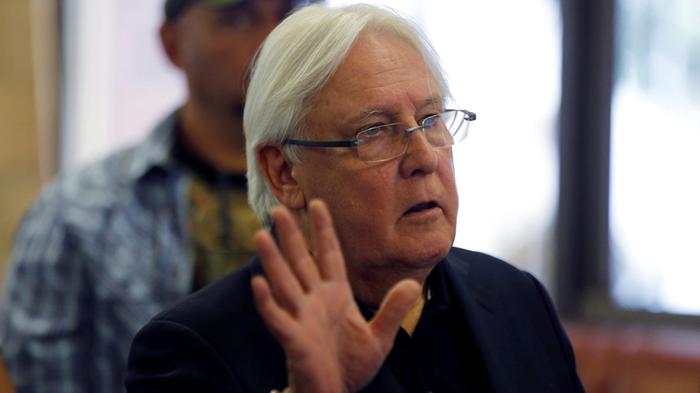 The United Nations Special Envoy to Yemen Martin Griffiths on Wednesday expressed deep concerns over a military escalation in the Yemeni port city, interim capital Aden.
He said in statement: "I am alarmed by the military escalations in Aden, including reports of clashes in the vicinity of the presidential palace. I am also deeply concerned by the recent rhetoric encouraging violence against Yemeni institutions,".
"Escalations of violence will contribute to instability and suffering in Aden and will deepen Yemen's political and social divisions," he said.
"I call on the parties involved to abandon violence and engage in dialogue to resolve differences.", he added.
The UAE-backed Southern Transitional Council (NTC) announced on Wednesday evening in a statement broadcast on independent Aden satellite TV the combat alarm for all the people of the south.
Hani Bin Borik, vice president of the Southern Transitional Council, called for the overthrow of the corrupt legitimate government and control of the Al-Maasheq presidential palace in the city of Aden after the funeral of the commander in the security belt and Brigade of support and attribution Brigadier General Muneer al-Yafe`i Abu al-Yamamah.
Yemen has been devastated by a five-year armed conflict between the government backed by the Saudi-led coalition and the Iran-backed Houthis. The conflict erupted after the Houthis ousted the government and seized power in late 2014.
The conflict has triggered what the UN calls the world's worst humanitarian crisis, with most of the population in need for a type of humanitarian aid and immediate protection, including 14 million people risking famine and some 1.8 million children suffering malnutrition.
The STC has local forces trained and armed by the United Arab Emirates, the key partner of Saudi Arabia in leading the Arab coalition. But such forces do not answer to the official government, make enemies of Muslim Brethren and other Islamic groups, and controls many southern cities and districts.
The UAE-supported STC was established in May 2017 and consists of Yemeni southern bodies calling for separation from the north and restoration of south state that existed before Yemeni Uni
The Council militarily controls large swathes of Aden, and it led in January 2018 a failed coup against the Yemeni legitimate government.