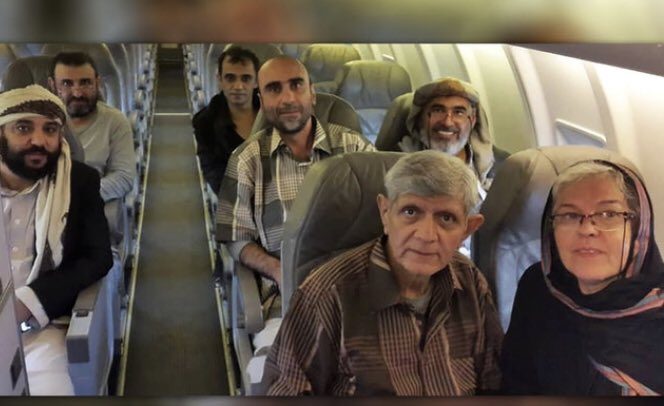 Riyadh (Debriefer) - The Houthi deportation of six Baha'is, including their leader Hamid Haydara, is "forced exile", the Yemeni information minister designate has tweeted.
"What happened is as heinous as the crime of abducting them from their houses, disappearing them at detention centers for years, exposing them to the worst physical and psychological tortures, and appropriating their properties," Moammar al-Eryani added.
The Houthis' forcing the Baha'is to leave homeland is a crime against humanity and a blatant violation of international laws, and reflects how the militias coerce civilians living in areas under their control, he said.
The minister called on the international community, the UN Secretary-General and his envoy for Yemen, and all HR groups to "condemn this serious precedent and pressure Houthis into stopping their racist practices against religious minorities."
SAM organization for rights and freedoms has also criticized the Houthi group for its decision exiling six Baha'is from Yemen.
The release came after long negotiations and international pressures, though the group insisted to forcibly deport them from Yemen, SAM added in a statement.
On Thursday, the Houthis announced the release of Baha'i leader, Hamid Haydara, and members of his community, revoking the sentences against them.
Late last March, the Sana'a-based court of appeals approved a verdict sentencing Haydara to death on charge of "harming the Yemeni Republic's independence".