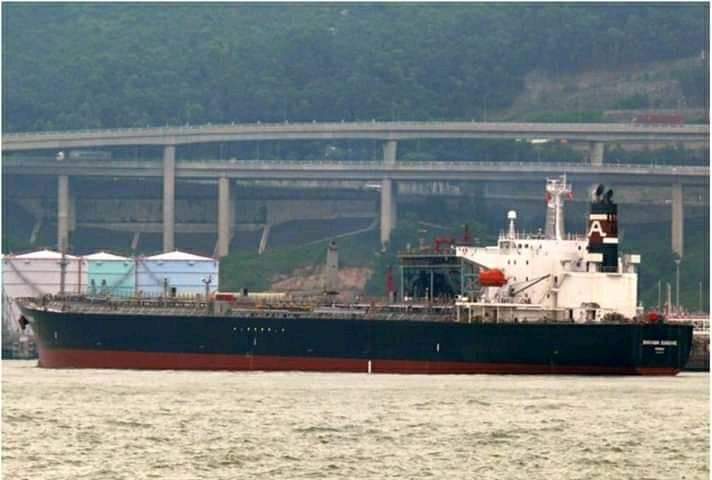 A gasoline shipment has been being discharged in Hodeida, the Houthi-run Yemeni Petroleum Company (YPC) said Thursday, after the cargo arrived at the Yemeni western port to alleviate the fuel shortage in some provinces.

Dispatching the 30,054-ton petrol cargo has started from the tanker Adventuros into storage facilities in Hodeida, the YPC added in a statement on Facebook.

The vessel arrived Thursday at the Red Sea port of Hodeida, as the capital Sana'a and other Houthi-held governorates are living a fuel shortage.

Adventuros arrived "after it had been detained and delayed by the [Arab] aggression coalition for 35 days," the YPC claimed.

The tanker was released following "efforts by the [unofficial] Houthi foreign ministry, in coordination with different international parties and the UN," the statement read.

The rebel-run YPC accused the Saudi-led coalition of continually keeping back oil tankers for more than 43 days and preventing their cargos (of 76,955 tons of petrol and 52,748 tons diesel) from arriving at the Hodeida port.

Houthis have repeatedly accused the Saudi-led coalition of "arbitrarily seizing oil tankers and denying them access to Hodeida port," controlled by the group.

On Saturday, the Yemeni internationally-recognized government-run Economic Committee (EC) said the Houthi group was to blame for fuel shortage seen by Sana'a and other provinces under the rebels control.

Tankers with fuel aboard are just off Hodeida port, as "Houthis have forced oil suppliers to breach the legitimate government's instructions and controls governing the oil trade," the EC added in a statement carried by the Riyadh-based Saba.

For more than a week, Houthi-held governorates including Sana'a have been in severe shortage of fuel, with some stations closed and black market thriving.

The conflict has triggered what the UN calls the world's worst humanitarian crisis, with most of the population in need for a type of humanitarian aid and immediate protection.