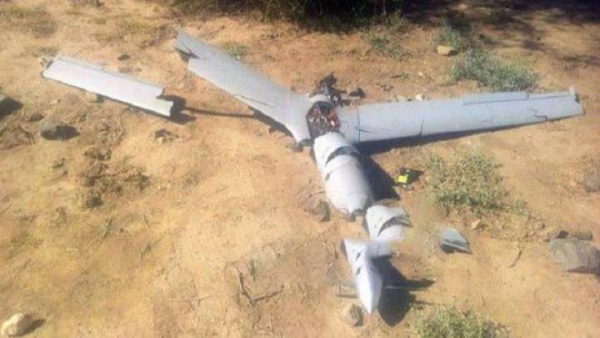 The Yemen's internationally recognized government forces announced on Tuesday, that they shot down two drones belonging to the Houthi group (Ansar Allah), in the Abyan governorate, south of the country.

A military source said that the air defenses of the Al-Amajed brigade stationed in the Al-Miniassa area, east of Lauder District, in the north-east of Abyan, shot down two Bomb-laden drones over the brigade's camp.

"The two planes were shot down while trying to approach the wards and camps of the newly created brigade with the aim of targeting them.", according the source.

The source indicated that the attempt to target the brigade, came two days after his forces carried out a military parade, showed readiness to confront the Houthis in the border areas between the governorates of Abyan and Al Bayda.

The Yemeni forces loyal to the "legitimate" government established, with the support of the Saudi forces, the Al-Amajed Brigade, led by Salafi Brigadier General Salih Al-Shajiri, which includes about 6 thousand fighters, to restore the Mukairas district, which is administratively affiliated with Al Bayda Governorate, and overlooks large areas in Abyan Governorate.