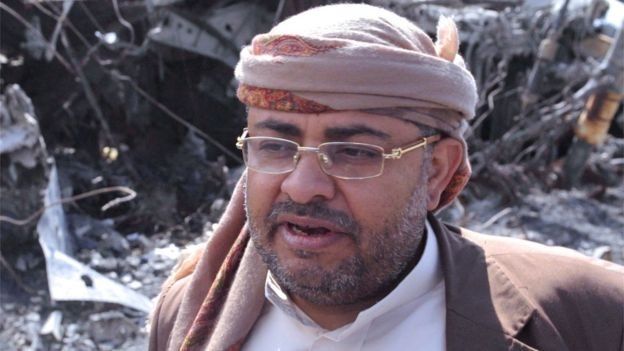 The weapons seized in the Arabian Sea have nothing to do with Houthis or with Yemen, the group said late on Sunday.
"We read stories that a ship has been seized in the Arabian Sea by American pirates," member of the Houthi Supreme Political Council tweeted.
"If they were bound to Yemen, as alleged by the American pirates, why did not they let it until it reaches Yemeni ports and then hold it," Mohamed Ali al-Houthi added.
Nonetheless, the Houthi-held "ports overlook the Red Sea," but not the Arabian Sea, he argued.
On Thursday, the US Central Command said it had seized an Iranian arms shipment in the Arabian Sea, that had likely been intended for Houthis in Yemen.
On the 9th of this February, as the US Navy conducting naval security in its operation region, the USS Normandy intercepted a boat and found a large cache of weapons, the Command added in a statement.
The weapons included 150 Iranian anti-tank missiles and three surface-to-air missiles, the statement claimed.