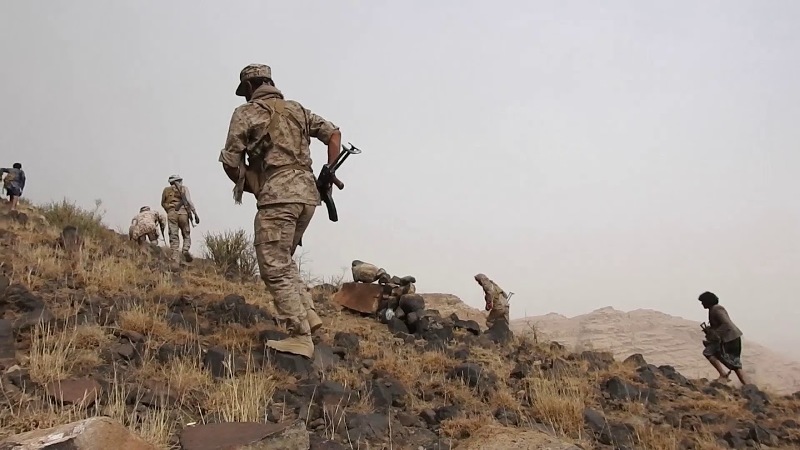 The Yemeni internationally recognized government forces announced on Monday evening their control of sites where the Houthi forces (Ansar Allah) were stationed in the border province of Saada with Saudi Arabia.

Brigadier General Mohammed Al-Ghunaimi, commander of Brigade Harb-1 said, "Units of the National Army supported by the artillery of the Arab coalition carried out a qualitative outflanking on the Houthi positioning sites in the Al-Safra district, northeast of Saada, and took control of the Al-Safeena Hill in the Aar area, according to the Aden-based Yemeni news agency" Saba ".

Al-Ghunaimy added that his government forces destroyed snipers' sites in Tabbat Al-Mstara after an tight ambush in Wadi Aar, which also resulted in the death of a number of Houthi snipers and seven others present at the sites and the destruction of vehicles and heavy bullets.

For its part, the Houthi channel, Al-Masirah, said that coalition fighters launched two air strikes on the Al-Razzamat area in Al-Safra district, northeast of Saada.