Senior gov't official dies in Yemen due to Coronavirus 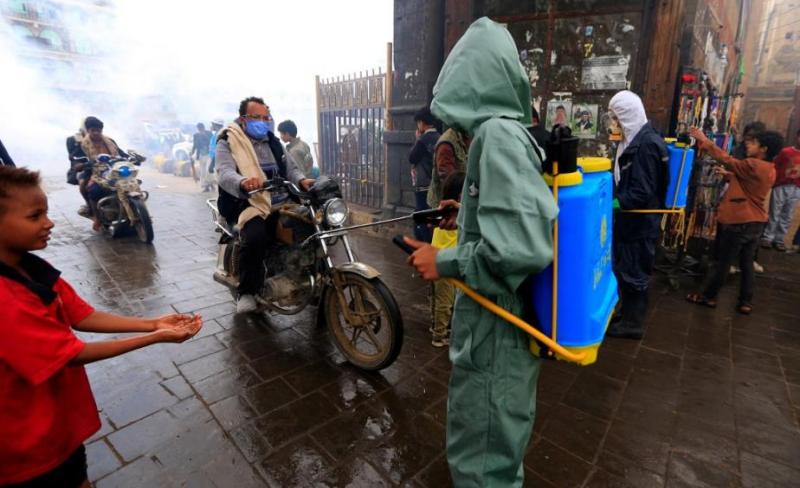 A senior official of the Yemeni internationally- recognized government died on Monday, after being suspected of contracting the novel Coronavirus in the southern governorate of Aden.

The Minister of Education, Dr. Abdullah Salem Lamlas, said that the Undersecretary for the Curriculum and Guidance Sector Dr. Saleh Al-Soufi "died of this malignant disease in Al-Gomhoria Hospital," in Aden governorate, in reference to the Coronavirus.

Al-Soufi is the second Yemeni government official who died of his infection with the Coronavirus. Last Wednesday, the head of the local authority in the General Secretariat of the Council of Ministers, Muqbel Al-Qutaybi, died in the Health Quarantine Center in western Aden, after hours of his assistance after he was suspected of being infected with the Corona virus.

In an early hour today, Monday, the Supreme National Emergency Committee to confront the Corona epidemic, Aden, declared a city endemic, in light of the high number of confirmed cases of Corona virus in the city to 35, including 4 deaths, coinciding with the outbreak of a number of diseases and fevers due to the rains and torrential rains that struck the province Recently.

Monday morning, Yemen had registered 51 confirmed cases, including 8 deaths and one recovery, in areas under internationally recognized government control, while the Houthi group (Ansar Allah) announced two cases of death, including those in the areas under its control in northern Yemen.