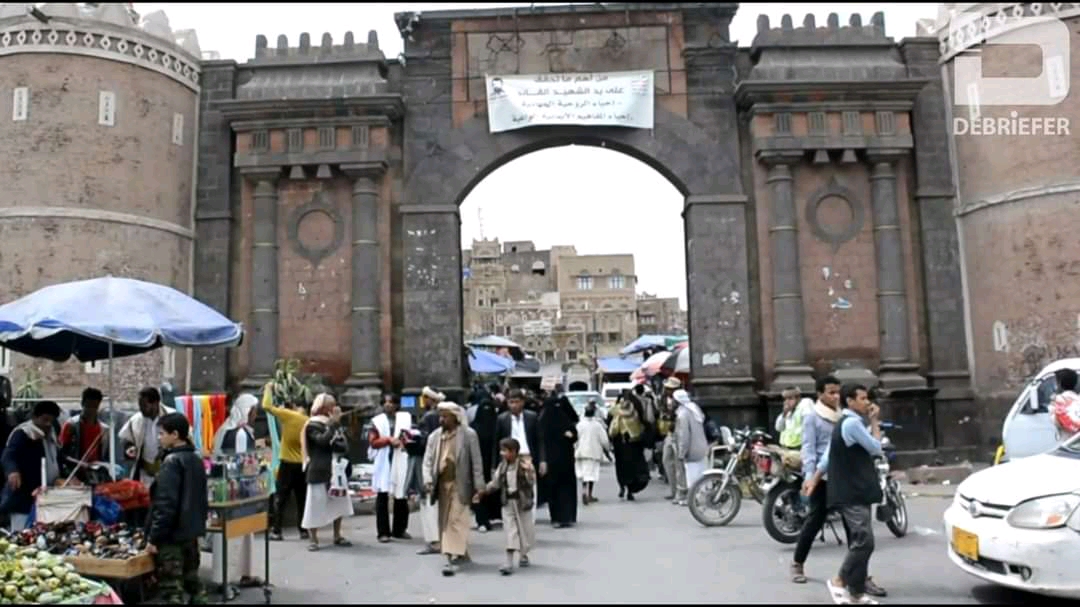 Veteran Yemeni journalist Abdul Rahman Bajash was able to describe what is happening in the Yemeni capital, Sanaa, and other Yemeni provinces recently, in a deep sentence: "The Yemeni Facebook has turned into a mere graveyard gate … as soon as you start browsing and you meet a fu neral." A shorthand for a terrible reality that the Yemenis have been tragically experiencing for more than a month..

Anxiety dominates Yemeni publications on social networking sites, and some try to appear coherent and positive, calling on people to cling to life and victory over death, even if Corona is the one carrying it.

In a country that suffers from the collapse of the health and economic sector and most of the infrastructure destroyed by the war that entered its sixth year without an indication of any peace looming over a powder-filled sky, blood and political intransigence, it is not strange that people are falling dead by many diseases and epidemics that originally did not exist except in Yemen and recently joined the deadly Corona epidemic.

Fevers and corona afflicted people in several Yemeni governorates such as Sana'a, Aden, Ibb, Taiz, and Al-Hodeidah, and caused them to panic because of the similarity of their symptoms to the virus that forced the world to declare a state of emergency a few months ago and a Yemeni health official did not come out to tell people what exactly is happening.

Viruses are similar to us

A resident of the city of Sanaa told "Debriefer" that he suffered from a fever accompanied by severe pain in his joints and a cold for nearly half a month, with a complete loss of "smell and taste", which continued even after his recovery.

Another said that he felt a high fever 10 days ago, which lasted for three consecutive days, after which he developed a cold, and despite his use of cold medications and painkillers, his improved health only lasted a few hours, and he relapsed again.

Fevers look similar in Sana'a and Aden, but they killed hundreds in the governorate in southern Yemen, as they are subject to a conflict between the legitimate government and the Emirati-backed transitional conflict, which cares little about its health status or poor public services and its lack of electricity and water.

Here, Sanaa has become like Aden in terms of recording large numbers of deaths. While the health authorities in Sanaa have reservations about commenting on the causes of these deaths, social media websites are filled with dozens of condolences daily.

It is stupid behavior from authorities that are discreet in the age of social media. 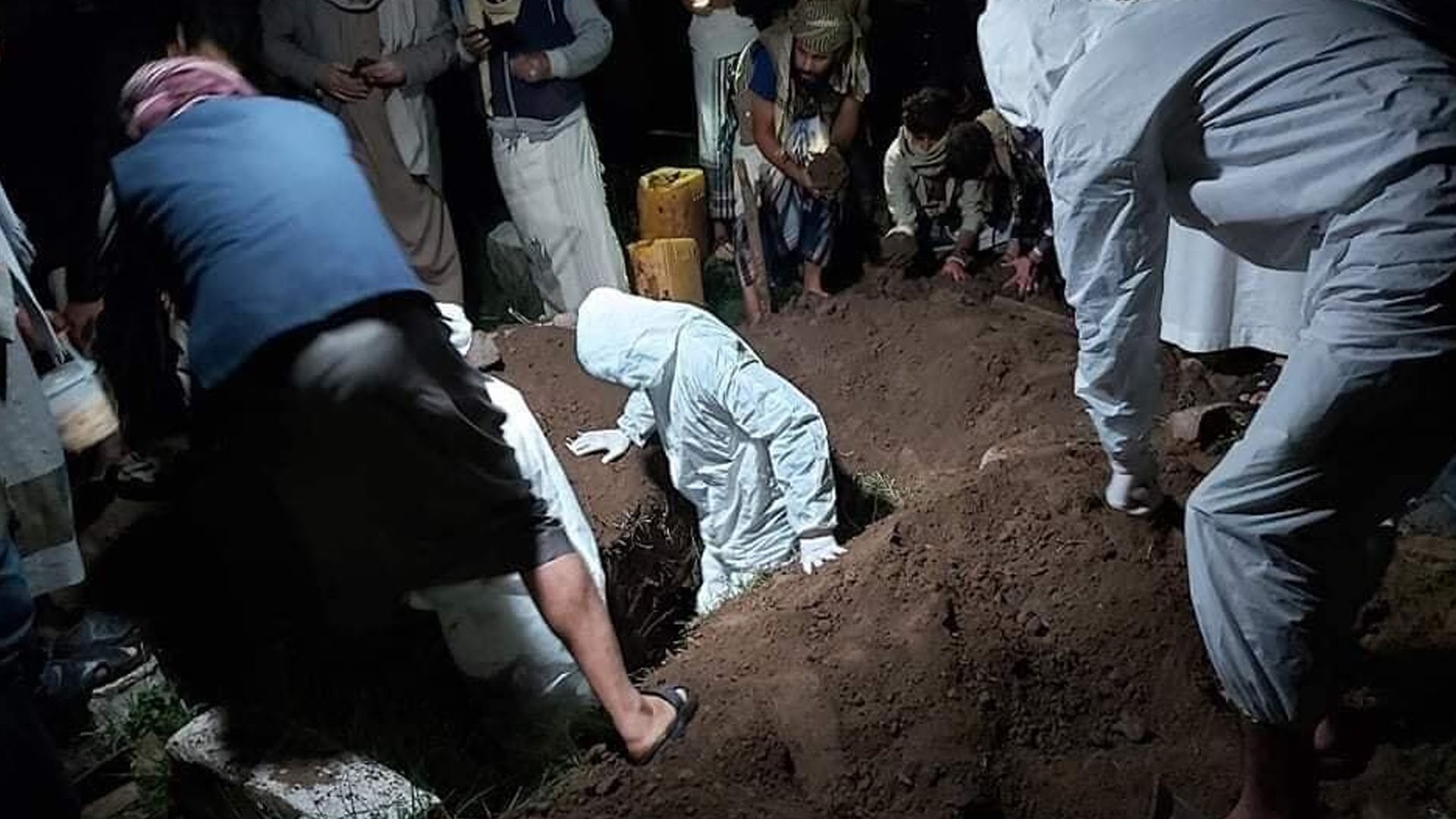 Yesterday, Monday, Yemeni activists circulated a list of leading personal and social figures who died and their family and friends exchanged condolences without revealing the main cause of their death

Among those who died yesterday, Abdel Wahed Hazza Al-Odaini, a senior employee of the Yemeni Ministry of Foreign Affairs, had complained about the disease that forced him to enter the hospital on May 19, and there he entered into severe suffering that did not last 5 days, where he died in shock, especially to his colleagues in the diplomatic corps. Yemeni

The list of the dead, which was circulated widely on Monday, was for businessmen, military, legal, literary, and even doctors, most of whom were elderly people between the ages of 50 and 70 years.

The increasing cases of death, whether due to corona or fevers, were not restricted to Aden and Sanaa, as governorates such as “Ibb and Taiz” witness a similar and very dangerous situation.

Journalist Abdel-Qawi Shaalan wrote on his Facebook page: “In Taiz, fevers throughout the year, especially with the fluctuations of seasons and rain, but fevers in Taiz this year 2020 are accompanied by a state of fear and fear that fever and headaches are symptoms or precursors to Corona , putting patients and their families in a state of anxiety. "

Journalist Majid Yassin described what is happening in the central governorate of Ibb as frightening, calling on people to fear for themselves and stay at homes.

Human rights activists in Sanaa are speaking about mysterious funerals whose residents are forced to bury their dead secretly and in the presence of people no more than three, while dozens of dead are buried in places not designated for burial. 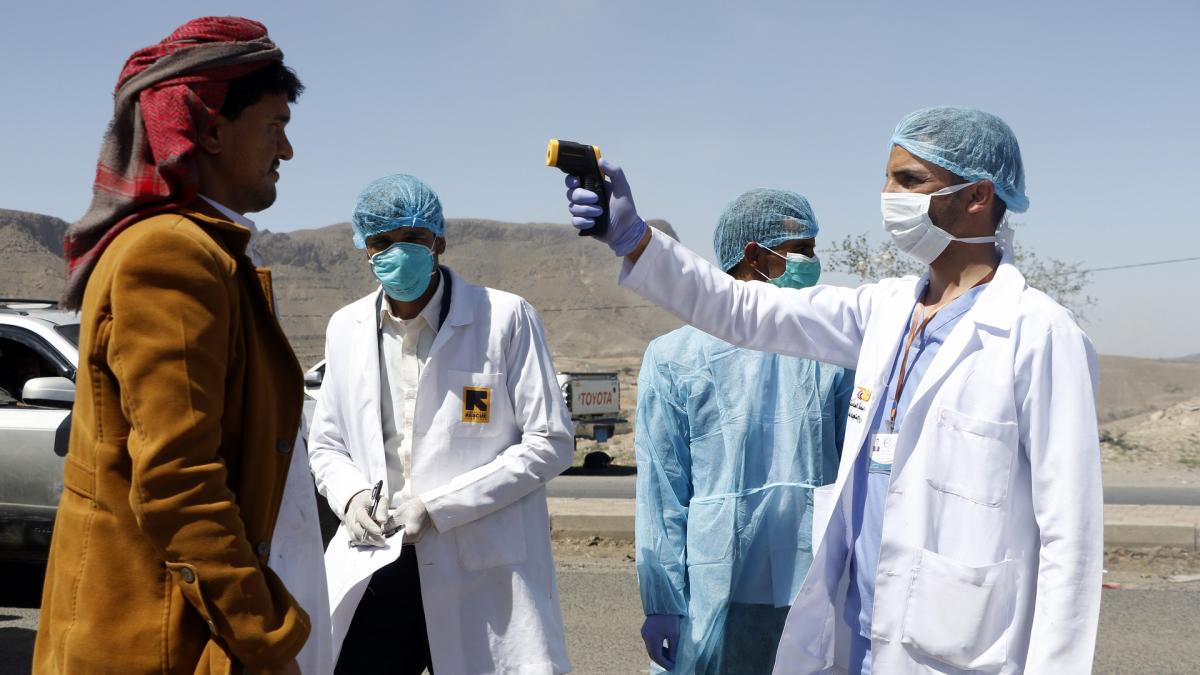 The authorities don't care about what is going on

The "Debriefer" agency asked one of the doctors in Sanaa about the true diagnosis of the recently spread diets. He said that "all viruses that infect the respiratory system share symptoms among themselves, and the final diagnosis is difficult unless the DNA or one of its toxic exercises is known to it."

He stressed that with regard to the loss of the sense of smell and the taste that many complain of, "it is not necessarily caused by the Corona virus, because any viral, bacterial, or even allergic disease or nasal polyps may cause a loss of smell and taste."

The Yemeni doctor suggested that one of the reasons for the spread of fever is "the continuous wave of rain that the country witnessed during the past two months. It has also caused the spread of spinal fever, but the authorities do not care."

There are those who say that the pathological symptoms that appeared to most Yemenis since the beginning of this May confirm that Corona has indeed afflicted Yemeni society, but with varying proportions and effects.

An call on global health

A former Yemeni minister and a distinguished academic called on the World Health Organization to respond to fulfill its humanitarian and moral obligation immediately in Yemen, in cooperation with doctors and residents inside the Yemeni to assess and know what is happening health and humanitarian, especially with weak diagnostic capabilities for causes of death and the increasing number of victims, including doctors and health sector workers.

Dr. Wahiba Farea said on her Facebook page: "Everything became confused Everything got mixed up  , and it is no longer known what epidemic is attacking Yemenis, and that the victim is killed in a maximum period of 36 hours after the death of several health workers with the victims."

"Is it a corona, a celery, a dengue, or a plague? Or are other unknown epidemics that spread after the floods and what is left of the torrents of stagnant water mixed with drinking water ?!"

During the years of the war in Yemen, epidemics such as cholera, diphtheria, bird flu, swine flu, dengue, celery and malaria have killed thousands of citizens, infected hundreds of thousands, and it appears that a violent and sweeping death round lurks for Yemenis that international organizations say may kill half of them.