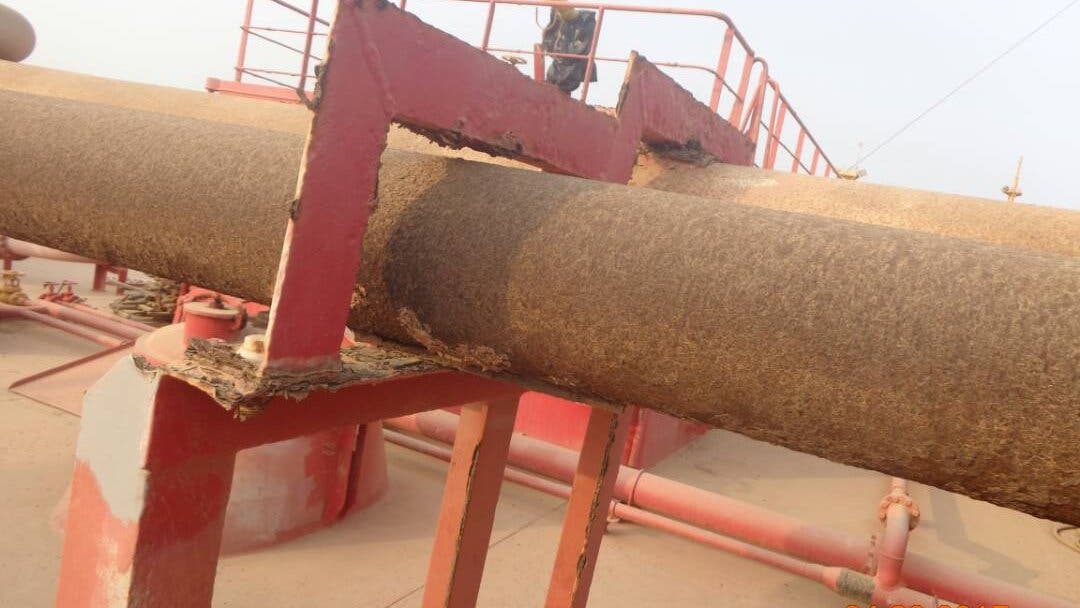 Water has leaked into the Yemeni floating storage and offloading (FSO) facility Safer, the Yemeni internationally-recognized government said late on Monday.
Safer is suffering a "dangerous deterioration," the Yemeni foreign minister tweeted, after "water leakage occurred last Wednesday inside the reservoir."
The Houthi group has disallowed UN teams to maintain the facility, and bargains for political gains, Mohamed al-Hadhrami added.
On Monday, the Yemeni government sent the fifth warning letter to the UN Secretary-General Antonio Guterres on the tank, "which is now at graver risk – more than ever – of sinking or explosion at any moment."
The Houthis are fully responsible, the Yemeni FM said, calling on the UN and international community to pressure the group into allowing – immediately and without preconditions – the UN technical team access to check and repair the FSO, and to avoid "one of the world's worst environmental disaster."
The Yemeni State-owned tanker of Safer has not been repaired since 2014, with corrosion making the FSO at risk of looming explosion and, thus, the Red Sea at risk of an environment catastrophe, according to UN experts.
While warnings have been increasingly issued against a potential leakage, the Yemeni government and Houthis have traded blames for preventing repairs of the tanker that contains more than one million barrels of crude.