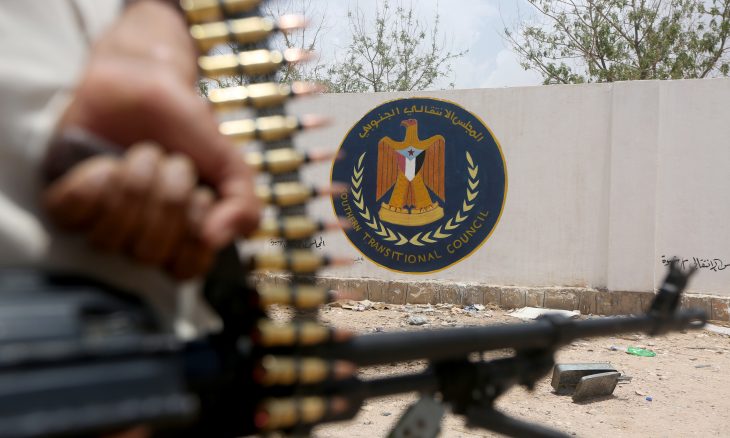 The UAE-backed security belt forces cut on Saturday the international road linking the temporary Yemeni capital, Aden, with the rest of the southern provinces.

Sheikh Faisal Belaid Al-Marqashi, who is the head of the mediation committee that includes veteran tribal figures, said in a statement that the security belt forces in Abyan, south of the country, stopped the traffic flow between Aden and southern provinces on Saturday afternoon.

He added: "When we contacted the leaders of the STC Forces, about the reason for the closure, we were told that they had discovered that some soldiers of the legitimate government had infiltrated their positions."

Al-Marqashi stated that he had contacted the Acting STC President, Ahmed bin Borik, to inform him of what had happened. He showed understanding, and directed the opening of the road, but the directions are still "under follow-up."

And Sheikh Marqashi quoted a source in the STC as saying that "immediately after the discovery of the infiltration of the soldiers, the trucks that transported them were shot, 4 of them were arrested, and then the road was closed so that the passengers would not be affected."

Sheikh Al-Marqashi and tribal figures have been leading since Friday mediation, in order to reach an agreement between the legitimate Yemeni government and the UAE-backed STC to retrieve the bodies of the dead people of the two parties that are located east of the city of Zonjobar in Abyan.

Last Thursday, Zonjobar was the scene of very violent battles between government and STC forces and was described as the most violent since the outbreak of fighting between the two parties on May 11.