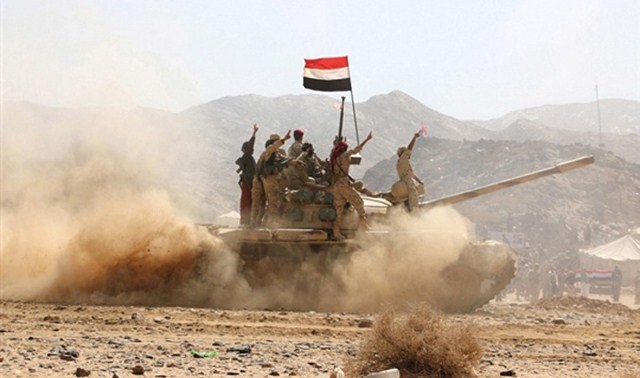 The Yemeni internationally recognized government forces liberated Saturday evening a number of sites in the Nehm district, east of the capital, Sana'a .

"The army forces liberated a number of sites in the Najd al-Ataq area of ​​the Nehm district of Sana'a governorate," the Government-run September Net website, according to the government forces spokesman, Brigadier General Abdo Mejali.

Megali added that "the heroes of the national army were able to eliminate the Houthi elements who tried to infiltrate some locations," and that coalition and artillery fighters targeted Houthi equipment and weapons.

He stressed that the hostilities resulted in the death and injury of the Houthis and losses in weapons and equipment.

The government forces announced last May the liberation of strategic military sites in the front of Najd al-Atiq, up to the mountains of Bahra and Manama in the Directorate of Nehm after battles with Houthi fighters.

Last Sunday, the Yemeni "legitimate" government forces said they had advanced more than 11 km and had been able to liberate a number of strategic sites on the same front.