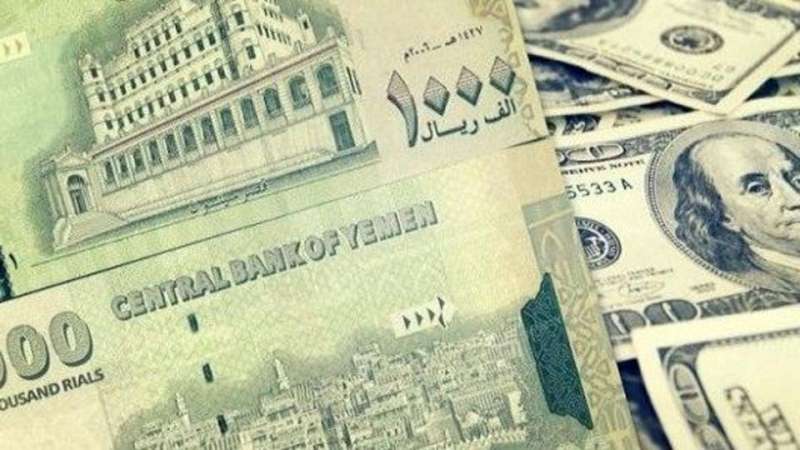 The Yemeni rial in government-held areas decreased on Sunday to lowest level in one year and a half.
One US dollar is purchased with 755 and a Saudi real with 198 YRs in provinces controlled by the official government, said banking sources.
"The rial value also dropped, but more slightly, in Houthi-held areas, where one dollar is bought with 619 and one Saudi real with 164 YRs," the sources added.
For one week, the Yemeni currency has gradually depreciated by nearly 50 YRs per one dollar, particularly in government-held areas.
Prices of goods have resultantly increased, with people complaining a significant upsurge in food prices.
The YR reached this 755 lowest level late in 2018, before seeing improvement.
On Saturday, the Emirati-backed Southern Transitional Council (STC) seized seven containers with billions of Yemeni bank notes inside, to "prevent further consequences of the local currency's collapse."
Later, the Central Bank of Yemen warned against "abusing any of the assets in these containers," blaming the STC for "all dangerous results and ramifications" stemmed from this act.