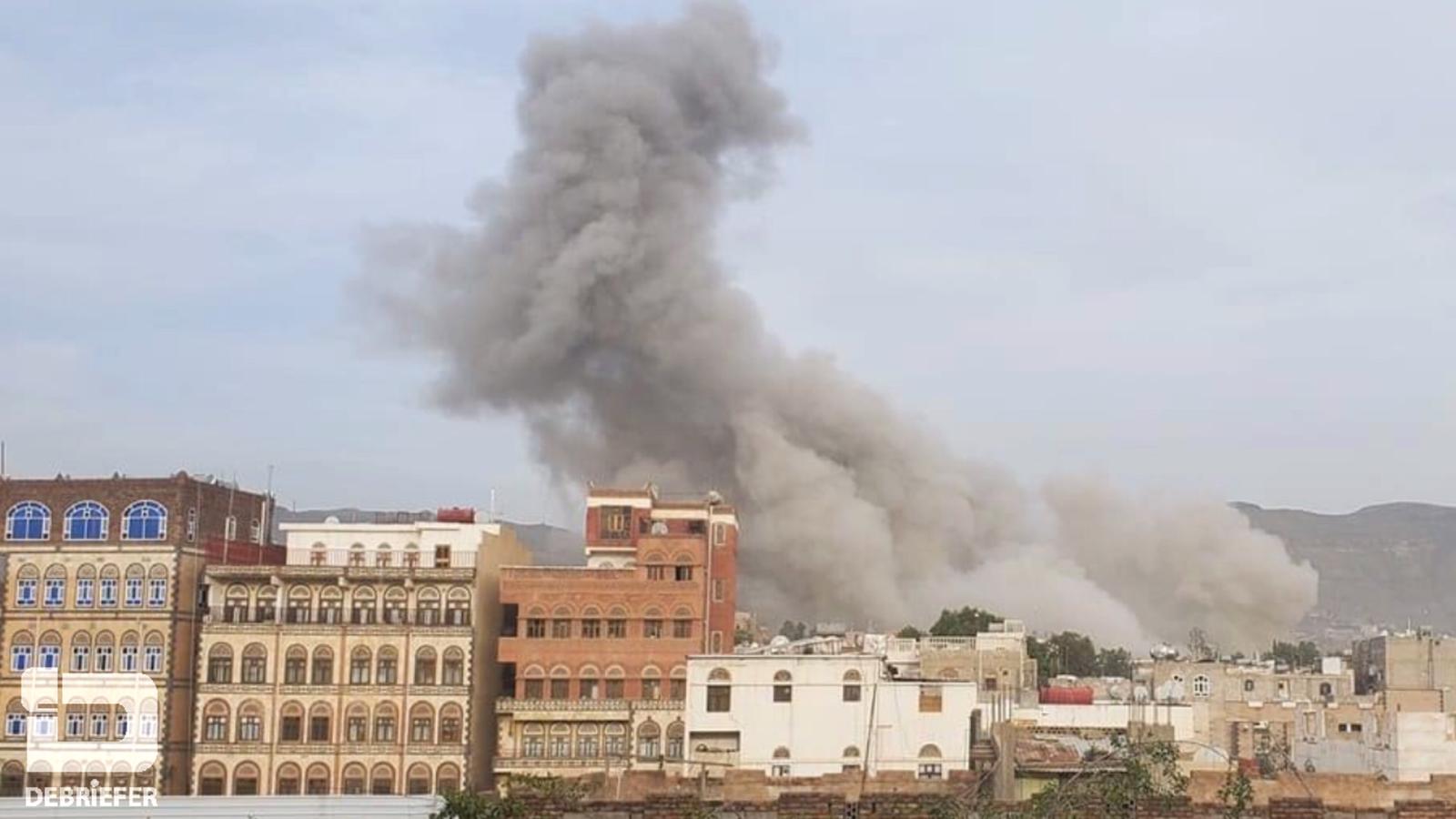 The Saudi-led coalition on Tuesday bombed the Yemeni capital of Sana'a with ten airstrikes.
Five of the strikes targeted sites in Attan and Annahdeen in the southern part of Sana'a City, local eyewitnesses told Debriefer.
The coalition warplanes launched two strikes on Jarban in Sanhan, an outskirt of Sana'a, and three others on al-Fardha hill in Nihm, east of the capital, the Houthi-run al-Masyra TV said, in addition to the five strikes on Annahdeen and the nearby.
The Arab coalition said, as usual, its airstrikes targeted Houthi military sites and arms depots.