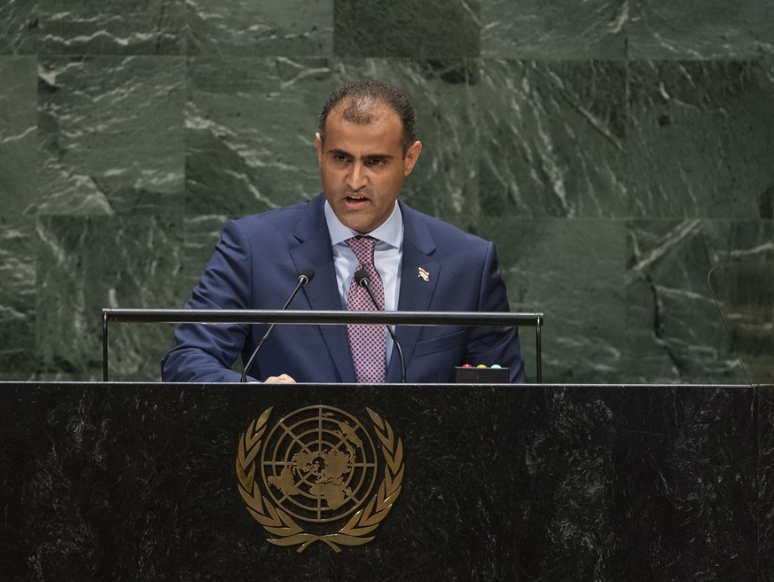 Its failure to retreat from declared self-governance in the south and its persistent illegal practices make the Southern Transitional Council (STC) "a merely rebellious militia with no legitimacy," the Yemeni UN-recognized government foreign minister said Wednesday.
"The international community should consider the STC as a rebellious entity .. unless it applies the Riyadh Agreement," Mohamed al-Hadhrami added in video calls with the UNSC permanent state members' envoys for Yemen.
The Yemeni FM criticized the STC's recent seizure of the Central Bank's funds, "which are a property of all Yemeni people," according to the Riyadh-based Saba.
On 26 April, the STC announced state of emergency and self-government in Aden and other southern provinces under its control, amid local and international rebuff.
Talking about the Yemeni floating storage and offloading (FSO) facility, Hadhrami underscored the need for "a solution for Safer and danger it poses to Yemen and the region," blaming the Houthi group for hindering the deployment of a UN team to repair the reservoir.
Safer's issue should be solved and separated from other pending issues with the Houthis, who "should be allowed to politicize .. or bargain this critical environmental file," he added.
Hadi FM also called on the UN to pressure the Houthis into "defusing a perilous environmental disaster that jeopardizes Yemen's presence and future. It's the most dangerous challenge facing Yemenis."
The Yemeni State-owned tanker of Safer has not been repaired since 2014, with corrosion making the FSO at risk of looming explosion and, thus, the Red Sea at risk of the worst environment disaster, according to UN experts.
The Yemeni official government and Houthis have traded blames for denying access to a UN technical team tasked with checking and repairing the FSO.