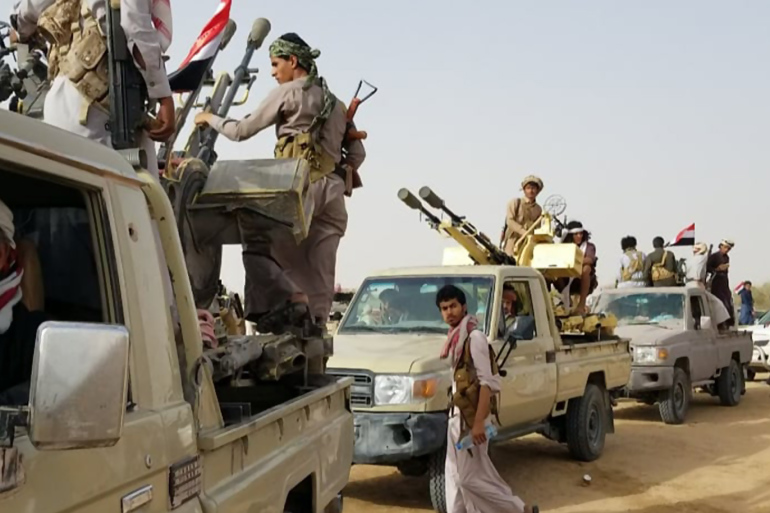 A Yemeni government senior officer was killed in Tuesday fighting with Houthi fighters in the northeastern governorate of Marib.
Chief of the third military region's operations, Brigadier General Nagy bin Ali Hanshal, was killed along with 3 bodyguards and 7 others were injured in a Houthi massive attack on a strategic site in Sirwah, east of Marib, said a Yemeni military source.
The Houthis advanced during the attack that was accompanied by rocket and artillery support, the source told the Sputnik International.
The Houthi seizure of al-Kasara site, some kilometers away from Marib-Sana'a road, enables the group to cut government troops supply from Marib to the two districts of al-Jada'an and Majzar and parts of Nihm, according to the source.
A violent bang was heard Tuesday when a ballistic missile hit the nearby of Marib city, local sources said.
The Houthi-fired missile fell in a desert area adjacent to the city, the sources added without further details.