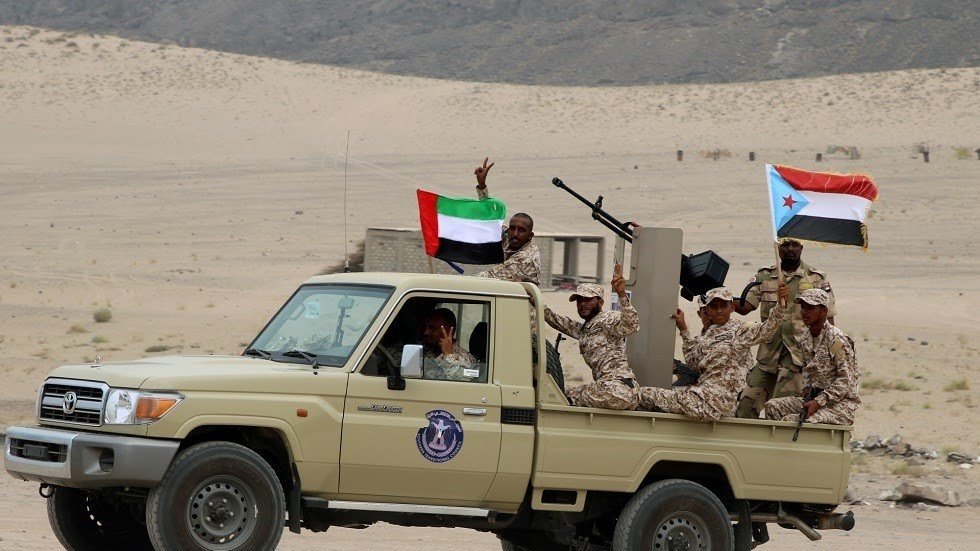 Minister of State at the Yemeni internationally-recognized government on Tuesday accused the United Arab Emirates of taking the Islah Party (Muslim Brotherhood offshoot) as a pretext to implement private plots in the war-torn country.
"If you're against Islah, remove the party's flag from Socotra, but not Yemen's flag that you've replaced with yours," Gen Abdul Ghani Jameel, also Hadi-appointed mayor of Sana'a City, tweeted addressing the UAE.
"The Islah Party has sacrificed the best of its men in defense of Yemen's dignity," he claimed.
The UAE has made of the Party a pretext to implement its plots that are known by everyone, the minister added without further details.
The Emirati-backed Southern Transitional Council (STC) often claims that it fights a conflict with forces and militias affiliated to Muslim Brotherhood under the umbrella of Yemen's legitimate government.
On Saturday, STC supporters hanged profiles of them inside Socotra's local authority office while raising the Emirati flag, hours after their seizure of the Yemeni southern archipelago.