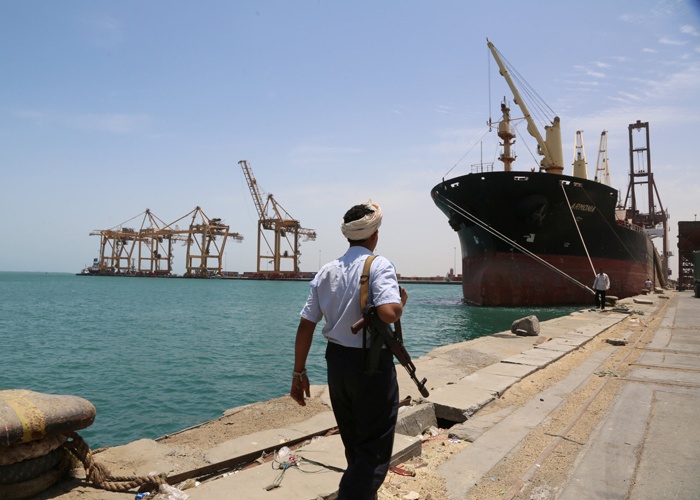 HODEIDAH (Debriefer)--A fuel ship arrived on Tuesday in Hodeidah province in western Yemen, the third of four fuel ships that the internationally recognised government has allowed to enter Hodeidah seaport.
Houthi vice chairman of the Red Sea Ports Corporation, Yahya Sharaf Al-Din, said the Eugenia Gas ship arrived at Hodeidah seaport at dawn with 8.315 tons of gas onboard after it had been held by the Saudi-led coalition for 70 days.
Two ships carrying 29.134 tons of petrol and 27.502 tons of diesel arrived at the port on Saturday. They ships had been held by the coalition for 55 and 64 days, according to the Houthis.
Last week, the government said it gave permission for the ships to enter Hodeidah seaport upon request from the UN envoy to Yemen, Martin Griffiths, and in order to help the envoy's office to arrange for a meeting between the government and the Houthis.
Houthi-run regions have been facing acute fuel shortages for weeks, with the government accusing the Houthi Group of causing the crisis, and the group blaming the crisis on the pro-government Saudi-led coalition. The coalition has been holding 22 fuel ships in the sea and preventing them from entering Hodeidah, the group claims.