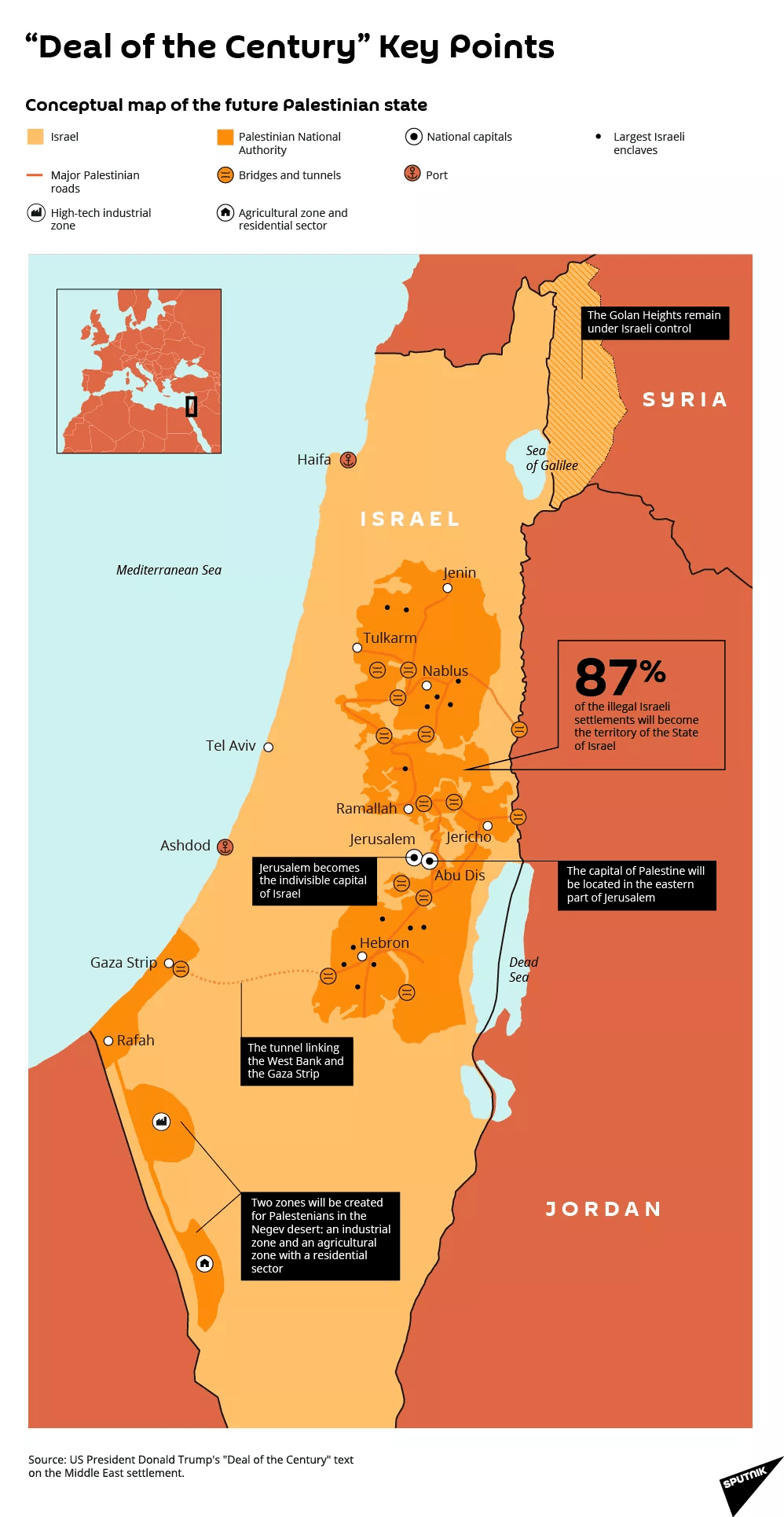 sputnik-Debriefer The "deal of the century", which aims to resolve the decades-long conflict between Israel and the Palestinians, was announced by US President Donald Trump at the end of January.

While at least 87 percent of the Jewish settlements in the West Bank are set to become Israeli territory according to the plan, the Palestinians have been offered two areas that would be created in the Negev desert - one industrial and the other agricultural with a residential sector.

At the same time, the deal promises the Palestinians $50 billion in investments and the construction of a tunnel between the Gaza Strip and the West Bank.

The Palestinian Authority, however, refused to accept the plan, stating it is a rejection of all the previously reached agreements and calling for other countries to oppose Trump's deal.

Weekly changes in petroleum stocks in the U.S.