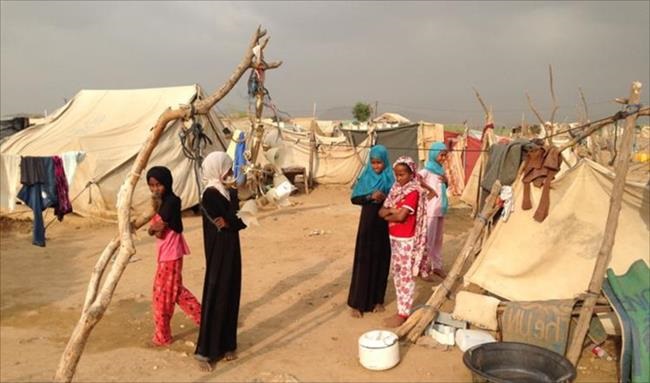 Marib (Debriefer) - Fierce fighting in the Yemeni northern governorate of Marib has forced 1,580 families to move from IDP camps to safer areas in the same governorate.
For several months, Houthi forces have been persistently pressing for control over the oil-rich governorate held by the Yemeni internationally-recognized government.
Some of these families are experiencing a second or third tragedy of displacement, the government-run executive unit for managing the IDP camps said, after the families had been hosted by Madghal district, northwest Marib.
The 1,580 families were forced out of Madghal IDP camps following the Houthi military operations in the district, the executive unit added in a recent report obtained by Debriefer.
Some of the families travelled on foot towards Sirwah, Marib city, valley and to closer areas within the district, leaving all their food and accommodation means, it said.
No response has been made so far by humanitarian partners to help the IDPs affected by floods, the report read.